Earlier, TXT unveiled the schedule announcing their comeback with a new album 'The Chaos Chapter: Freeze.'

Just as according to that schedule list, the group dropped an action-packed concept trailer in which the members stand up to an unseen enemy as they fight against the element of ice.

TXT has officially begun with the countdown to their comeback with the release of this new concept film. Check out the awesome film above, and stay tuned for more upcoming teasers until June 1 KST!

This was a visual journey its like Stranger Things meets Ice Age meets Young Avengers, This concept will be interesting 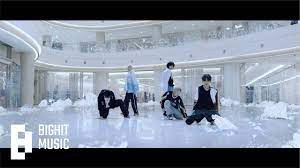 It was so so so good. TXT does it better every single time!💕

Kep1er continues countdown to their official debut with new individual teasers for Mashiro, Yujin, and Xiaoting
3 hours ago   6   3,823

SM releases statement explaining why aespa's Giselle was seen at Incheon Airport without other members
6 hours ago   25   71,740