Teaser
Posted by danisurst 5 days ago

On February 21 KST, the FNC Entertainment idol unveiled the 2nd music video teaser for his upcoming single "Clicker," the title track off of his debut solo single album 'On the Track.' In the clip, he plays various characters — a hippie, a businessman, a construction worker, a scientist, and himself — who all come together as members of the same neighborhood association.

Meanwhile, 'On the Track' is set for release on February 22.

A classmate defends Soojin and says she was not a perpetrator of school bullying
2 hours ago   25   7,505 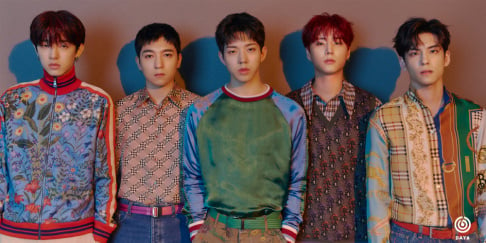 Fans amazed by the striking resemblance between the webtoon and new poster for Song Kang's new drama 'Navillera'
1 hour ago   0   1,876

Highlight's Yoseob and A Pink's Eunji join together for a duet for the first time in nine years
2 hours ago   1   1,751

"V was my service boy," Netizens revisit the streamer who confessed that he bullied BTS's V when they were in school
2 days ago   92   90,284