The short, but exciting preview first shows actor Lee Dong Wook entering his talk show studio for his very first recording. He then vows, "Because this show includes my name in the title, I'll do anything," and you can tell he means it by his funny little jig!

Then, the crowd goes wild as Lee Dong Wook's first ever talk show guest emerges - 'Goblin' co-star Gong Yoo! Finally, Lee Dong Wook's co-host Jang Do Yeon joins the fray, but once she gets a glimpse of her first guest, she faints due to Gong Yoo's inexplicable good looks.

Stay tuned for the premiere of SBS's 'Because Lee Dong Wook Wants To Talk', premiering on December 4 at 10 PM KST!

Seriously overrated show already juts because he so handsome. Why choose someone like him. Yoo jae suk kang ho dong the real TV host.

i feel like his show has the potential to be awesome

Former PRISTIN member Kyla declares that she will be leaving Twitter after clarifying all the dating rumors including SEVENTEEN and PRISTIN
11 hours ago   58   40,321 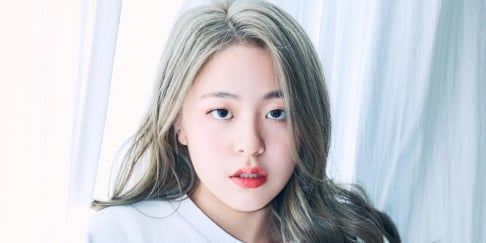 Jo Kwon reveal of having a genderless image, gets confused as being non binary by western Kpop fans
15 hours ago   25   4,490