News
Posted by EunhaYi 19 days ago

On January 13 Big Bang's Taeyang released a new single, "Vibe" feat. Jimin of BTS and with it launched the "Vibe" challenge. Taeyang has already made several posts with different artists who have participated in the challenge with him. The latest of these are LE SSERAFIM and Stray Kids.

Taeyang's challenge with Stray Kids' Felix and Hyunjin was posted on January 16 and has already amassed 1.2 million views on Instagram alone. The short clip began with a closeup of Taeyang's hands locked in a gesture familiar to fans of Stray Kids. When the camera zooms out, Taeyang is revealed to be in a practice room JYPE fans would all be familiar with before Felix and Hyunjin dance their way into the screen.

Taeyang's post with LE SSERAFIM's Huh Yunjin and Hong Eunchae came up on January 17 and has already garnered over 600k views on Instagram. Similar to his previous post, the clip starts off with a close up on Taeyang before Yunjin and Eunchae step into frame. 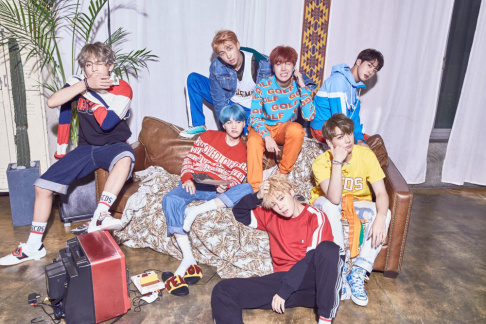 BTS earn their first #1 hit on Billboard's Vinyl Albums chart with 'Love Yourself: Her' 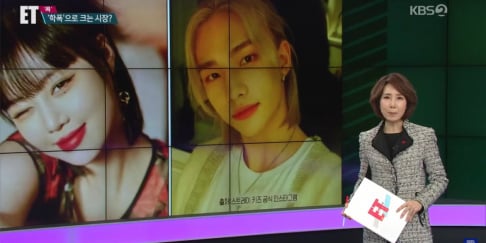 I think it was Stray Kids' first time doing a song challenge with someone who's not from jyp ent? I was so shocked at first, skz and le sserafim slayed. Also I'm having mega crush on Taeyang rn lol, what a king

Is Taeyang at HYBE? Hopefully NewJeans can do this challenge with him too.

LOONA’s Olivia Hye updates fans for the first time in 3 months after losing her injunction against BlockBerry Creative
3 hours ago   8   8,070