The massive success of the Netflix-original series 'The Glory' has pushed school bullying into the spotlight once again.

On January 17, a segment dealing with the issue of school bullying in society was aired on KBS2's evening news program, 'Integrated Newsroom Economy Today'.

First, the news reporter mentioned the case of LE SSERAFIM, a team which debuted with 6-members before former member Kim Garam departed the team due to her past record of school bullying. The reporter then brought up other cases such as (G)I-DLE's Soojin, who departed the team after numerous bullying accusations surfaced online, and Stray Kids's Hyunjin, who partially admitted to one anonymous netizen's bullying accusations and took a hiatus to reflect.

The segment went on to tie in the school bullying case of volleyball players Lee Jae Young and Lee Da Young, as well as the story of the main character in Netflix's 'The Glory'.

Lastly, the 'Economy Today' segment reported that law firms are advertising specialized services for school bullying cases in order to draw in certain clients, those who may be afraid that their child's school bullying records might hinder their future acceptance to prestigious universities.

After the news broadcast, seeing past cases of school bullying accusations involving K-Pop artists spurred on heated discussions among netizens. Some said,

"Anyone with a record of school bullying shouldn't be allowed to set foot in influential industries like entertainment and sports."

"Even after all this, school bullies rarely go punished."

"When K-Pop appears on heavy news like this, it's never for anything good."

"This drama brought back really traumatic but really important issues."

"I hope a drama like 'The Glory' with a top actress like Song Hye Kyo will help some people understand why Koreans will never take a light stance when it comes to school bullying."

On the other hand, some directed their harsh criticism toward Stray Kids's Hyunjin, commenting,

"Stray Kids's Hyunjin, the global ambassador for Netflix's 'The Glory'."

"There's that other company who removed the problematic member, but then gave him a solo debut. If Hyunjin is so popular with international fans, can't they just do the same thing?"

"Wow, I wonder how it feels to have your face that big on the news for school bullying."

Meanwhile, part two of Netflix's 'The Glory' is set to air in March of this year. 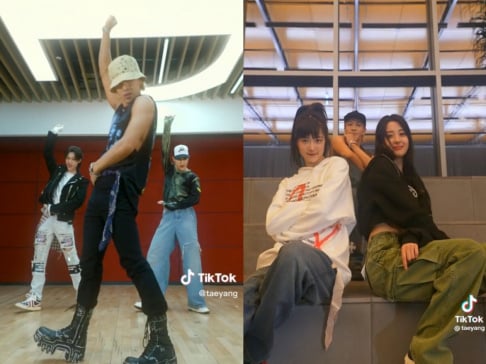 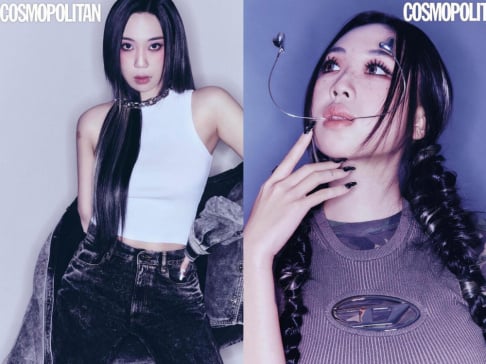 it still sad to see the double standard in this industry between male and female idols. while in the same scenario, the male idol can get away after lying low while the female idols have to be ousted from the group.

"I hope a drama like 'The Glory' with a top actress like Song Hye Kyo will help some people understand why Koreans will never take a light stance when it comes to school bullying."

And I thought... how many times we will see something like this? It's happening in Korea, in Koreans schools, the Koreans are the ones who are bullying other Koreans...

instead of "never taking a light stance..." just freaking change the law or do something for this kind of crap to don't happen in school... 🤔

Alleged SM Entertainment workers discuss the internal chaos of the company on anonymous app
2 hours ago   11   10,583

TWICE's Sana & Mina stun with their edgy transformation as they gear up for MISAMO unit debut
4 hours ago   9   4,235

Former AOA member Mina vents out about bullying in a lengthy post on her Instagram
9 hours ago   57   17,557

Former IZ*ONE member Yabuki Nako shares her thoughts on graduating from HKT48 + her next steps
28 minutes ago   0   1,074

Former AOA member Mina vents out about bullying in a lengthy post on her Instagram
9 hours ago   57   17,557

K-netizens have expressed mixed emotions in response to the news of Lee Seung Gi and Lee Da In's marriage
13 hours ago   74   31,022