There have been voices being raised pointing out that some of the recent Korean dramas have been reinforcing preconceived negative stereotypical notions of weathercasters and flight attendants through characters who "choose to be a weather forecaster as a job that 'looks decent' and a flight attendant wearing tight uniforms to seduce wealthy men."

'The Glory' part 1 has been well-received in South Korea and overseas as it tells a story of the intricate revenge planned by a school violence victim. Many praised the unfolding of the drama's plot and the exceptional acting of the cast members. In the midst of receiving much love, there have been some former and current weather forecasters who have expressed their disappointment in the depiction of their work.

On January 8th, MBC's weathercaster Kim Ga Young updated her Instagram with a caption refuting the depiction of her job in the Netflix hit series 'The Glory.' She explained the hard work required to be a weathercaster and shared, "From CG commissions to researching and writing scripts, it solely falls under the caster's responsibility. Sometimes even pictures, music, clothes, and props too."

In the drama, Park Yeon Jin (played by Lim Ji Yeon) is the main perpetrator who assaulted the protagonist Moon Dong Eun (played by Song Hye Kyo), when they were in school. During the drama, Park Yeon Jin becomes a weather forecaster and is seen abusing her powers over her stylists. She is even seen hiring a ghostwriter to write her scripts on her behalf. Park Yeon Jin also says that being a weathercaster is a "decent job" that she keeps for face value and maintains her position through gimmicks rather than hard work.

Even in the 2016 drama 'Don't Dare to Dream,' the protagonist Pyo Na Ri is a weathercaster who aspires to become a news anchor but only runs errands for the newscasters. The drama depicted the position of a weathercaster as being a job given to those who failed at becoming newscasters.

Some also criticized that the drama oversexualized the role of a flight attendant through the scene when Jeon Jae Joon (played by Park Sung Hoon) calls over Choi Hye Jeong during a flight and asks, "Sing me a lullaby, will you?" Choi Hye Jeong offers him a warm towel, but he asks, "Do you offer anything else that's warm?" insinuating she should trade him a different service in private.

Of course, these dramas are not works that focus on the job of weather forecasters or flight attendants, but many are concerned that the prejudice toward these occupations will continue.

It is true that there have been positive changes taking place in the drama industry, such as having more female protagonists, but there is still a trend of reinforcing this prejudice in portraying some characters. Therefore, experts advise that these dramas should think more carefully in depicting certain characters to further promote positive changes. 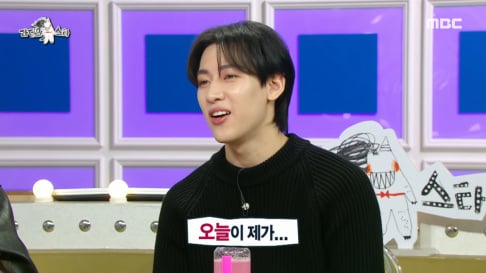 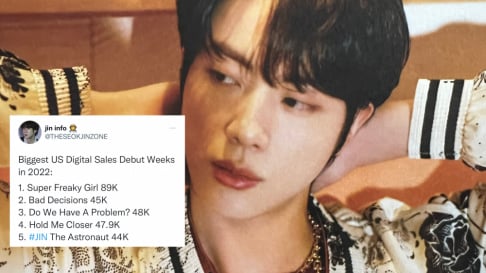 i'm sorry but every occupation has that potential of being depicted as something completely vile/dirty/evil/immoral. CEOs have almost always been depicted greedy evil scum, but i'm sure not all CEOs are like that, and so does every other occupations/role, they fit into stereotypes that often times are weird, even bad. Landlords, Step Mother, Bodyguard, Bouncers, High School Populars, Masseuse, Investment Bankers, IT Professionals, these are all ideas, depictions, imaginations. these doesn't hurt people, other people does. people who can't tell the difference between real world and fictional. people who are living in very narrow understanding of each other, people who are unwilling to learn, because their psychological needs aren't met and coping for it with destructive pattern instead of seeking help with love. the depicted roles are not the problem, but those who take action from misunderstanding it are.

coz if we're going by this logic of not depicting occupations with bad roles, there would be no antagonist in any story. everyone would be nice, and it would just be like north korean propaganda.

The Glory isn't a good example though. Park Yeon Jin's attitude and actions are supposed to portray her as a scheming and lazy person. They way she does the job isn't supposed to be an accurate depiction of weather reporters, but of someone having a bad attitude as one.

Taeyeon is receiving immense praise after changing her singing style
1 hour ago   2   4,172

"Why wait so long and file only after he became famous?" Netizens question the timing of sexual harassment accusations against 'Squid Game' actor O Yeong Su
3 hours ago   16   7,807

BTS's V takes everyone's breath away with his stunning visuals at the production presentation for tvN's 'Seojin's Korean Street Food'
2 hours ago   13   3,420

Korean celebrities with the most Instagram followers
29 minutes ago   3   1,457