The beloved five friends of the popular Netflix series, 'Hospital Playlist,' are returning to fans with a director's cut on Blu-Ray.

On December 8, a teaser clip of the 'Hospital Playlist' director's cut version was posted on YouTube.

According to the trailer, the Blu-Ray discs will include the director's cut version of the drama along with never before seen behind-the-scenes footage and in-the-making videos.

'Hospital Playlist' follows the story of five doctor best friends who navigate through life while accompanying each other and comforting each other with a common hobby of being in a band together. The drama received much love for the character chemistry and heartwarming storyline. 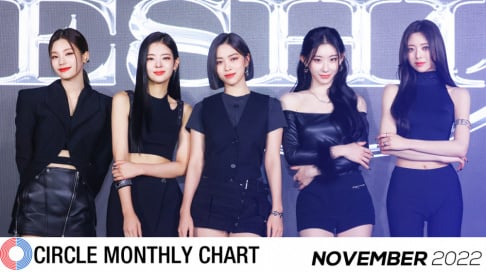 I loved both seasons. I want to see this but I don't know where our blu-rays are. We haven't used blu-ray in years. I'm pretty sure it'll be uploaded on some streaming site. I'll catch it there.

Any Kdrama season blu-ray is usually around $300 USD.

If I'm dropping that much on a tv series I'd want extras too.

Alleged SM Entertainment workers discuss the internal chaos of the company on anonymous app
3 hours ago   16   12,135

TWICE's Sana & Mina stun with their edgy transformation as they gear up for MISAMO unit debut
4 hours ago   9   4,712

Former IZ*ONE member Yabuki Nako shares her thoughts on graduating from HKT48 + her next steps
1 hour ago   0   2,303

K-netizens have expressed mixed emotions in response to the news of Lee Seung Gi and Lee Da In's marriage
13 hours ago   74   31,664