Kim Taehyung, aka V of BTS, recently returned to South Korea after his four-day trip to Paris, France, for a mystery project, and he received an enthusiastic welcome at Incheon International Airport.

After Taehyung departed Paris, a French K-pop media outlet by the name of "KPop in Paris" revealed they were offered information about Taehyung's private schedule for a price by a staff member from his entourage.

"Now that Taehyung left, we can speak," the post starts, and it says they were offered confidential information regarding the places he was going and the specific time for $350 by a staff member who was with him.

As Taehyung's label and parent company, both Big Hit Music and HYBE are responsible for his safety and security. The news that the people working with Taehyung are the ones endangering him is extremely disturbing.

ARMYs criticized HYBE because if the information fell into the wrong hands, Taehyung's safety could have been at serious risk. Some also noted how private information leaks by the staff may have occurred in the past but were only exposed now.

It is not the first time HYBE has received criticism for their actions.

Last October, The Korean Intellectual Property Office revealed that they have declined HYBE's attempt to trademark "Borahae," a term Taehyung created in 2016.

"Borahae" or "I Purple You" has become synonymous with BTS's brand and image, and HYBE tried to legally own the term without giving credit to its creator.

The story was covered by prominent media outlets, like Billboard and NME, who highlighted that the trademark should be filed under Taehyung, the rightful owner.

As HYBE owes its global success to BTS, and as a member of the group, it is only fair that they treat Taehyung with respect, prioritize his welfare, and give him due credit for his work and contributions. 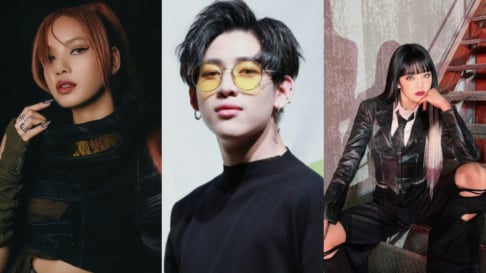 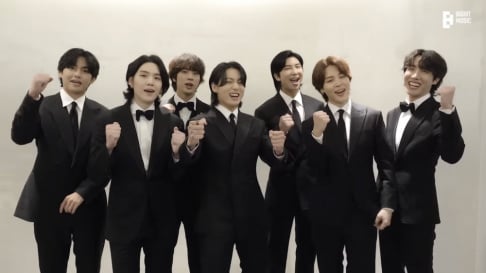 What is wrong with people? Do they not realize that idols are actual human beings with feelings? This could be so dangerous. Get the wrong person with the information and their personal safety could be at risk. They should be fired and blacklisted from working with other entertainers.

I don't know why I'm shocked but this probably happens in every company.

Netizens comment on how different LE SSERAFIM's outfits look in the Japanese 'FEARLESS' MV compared to the Korean version
2 hours ago   10   6,917

BTS Jin gets a vacation as a reward after winning first place at the military talent show
13 minutes ago   2   1,909

GOT the Beat yields disappointing chart results compared to their previous release
2 days ago   66   31,476