Actor Kwak Do Won's PSA ad got taken down from YouTube after he was caught drunk driving.

On September 25th, actor Kwak Do Won was charged with drunk driving after a citizen alerted the authority about the car not moving in the middle of the lane 1 near Bongseong-ri EoEum Elementary school.

It was reported the actor drove for about 10km from Geungneung-ri to Bongseong-ri, and fell asleep in his car while waiting for the signal in front of the elementary school. It was also confirmed that Kwak Do Won's blood alcohol concentration was well above the level that would get his license revoked (0.08%).

While his agency released an official letter apologizing, his future schedules and projects won't be safeguarded from his action. In fact, his digital sex crimes PSA advertisement has been already taken down from YouTube.

Meanwhile, actor Kwak Do Won's upcoming film "Firemen" is currently awaiting its release, and has been recently confirmed for the original TVing series "Villains" as his next film. 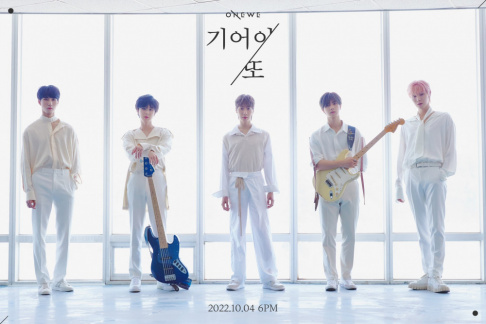 ONEWE tell their fans they are 'Still Here' despite military hiatus

Popular Japanese drama series 'Unnatural' to get a Korean makeover

Sex crimes PSA okay but now they need to acknowledge alcoholic crimes bcos if you the only country on the planet that have a designated driver service for people that drinks, you know you have problems with alcoholism and when your youth 1st goal when they come of age is drinking, you know you have a problem.

Another drunk driving incident within a week. This isn't like being caught with weed. Drunk driving endangers others on the road, and it's absolutely reckless behavior.

A former manager tells 'Dispatch' what poor, toxic working conditions Lee Seung Gi was subject to during his debut days at Hook Entertainment
5 hours ago   11   14,763

K-Netizens have a heated debate after Jeremy Erlich, Spotify's Head of Music Strategy, is frequently spotted with BLACKPINK Rosé
1 day ago   156   82,137