Fatou is beginning to drop teasers for her upcoming solo mixtape!

On August 7 KST, the BLACKSWAN rapper unveiled the tracklist for 'PWAPF' (an acronym for 'psycho with a pretty face'), featuring three new songs – "Castle Key (Roll)," "Gucci (PWAPF)," and "Lingo (Stunna)." According to the agency, Fatou wrote all of the lyrics for the mixtape herself and co-composed it with R&B artist/producer leanon, who previously worked with her on their collaboration songs "4L (For Life)" and "Night View."

Meanwhile, 'PWAPF' is set for release on August 19.

Check out the full tracklist below! 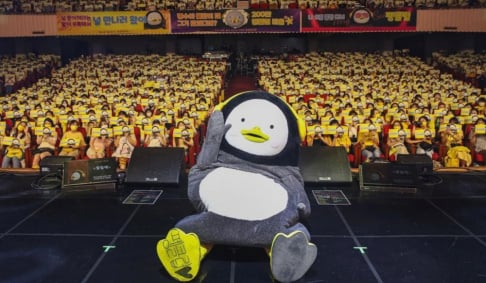 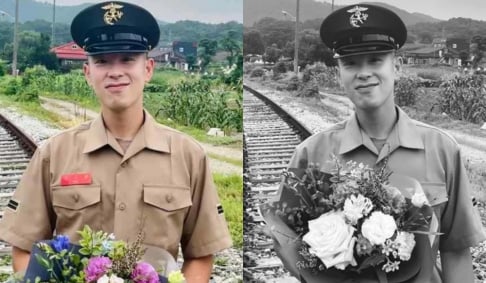 Block B's P.O shares photos from his life as a Marine while taking first military break

I feel like Blackswan won't endure until the end of the year...

The only two Korean members left, now Fatou is releasing a solo work and we also have the two new foreigners...

Frankly, I don't see this group surviving.They already had it rough but now?Now it's a matter of time because we all know that Koreans don't care about foreigners in Kpop, they care about Koreans in Kpop.

Controversial SoJang claims IVE is supposed to be a 7 member group and insinuates that Jang Won Young had Park Joo Bi kicked out
12 hours ago   82   39,516

Former 'Produce 48' contestant Miru Shiroma appears on Korean News, giving a surprise update to her fans in Korea
6 hours ago   10   12,266

IU wins 'Rookie Actress Award' at the 'Chunsa International Film Festival' for her performance in 'Broker'
4 hours ago   9   2,501

Controversial SoJang claims IVE is supposed to be a 7 member group and insinuates that Jang Won Young had Park Joo Bi kicked out
12 hours ago   82   39,516