Singer/actor Kim Hyun Joong from the idol group SS501 is going to be a father.

On July 21, Kim Hyun Joong's agency, Henecia, announced that his wife is pregnant. The agency wrote in an official statement, "Kim Hyun Joong is now cautiously awaiting a new life with gratitude and excitement," and announced the celebrity's wife.

The agency continued to say, "We ask for your sincere support and blessings so that he can protect the precious new child."

Meanwhile, Kim Hyun Joong personally revealed to his fans that he was engaged. The Hallyu star held an online/offline solo concert titled, where he directly announced his engagement to his fan attendees. Thereafter, he has been keeping his fans updated through his social media.

Below is the full text of the announcement from Kim Hyun Joong's Agency:

We bring you the good news that came to the family of our artist Kim Hyung Joong.

We ask for your sincere support and blessings so that he can protect the precious new child.

Since this is news related to the artist's private life, we respectfully ask that you refrain from excessive interest or speculation in consideration of his non-celebrity wife. 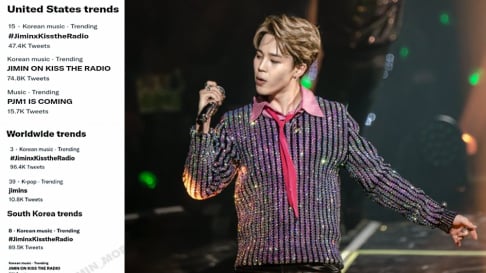 Such an incredible actor ruined after the controversy...He would have been a top actor today otherwise! Atleast he is in a happy place now....that's what matters... 🙂

Will NMIXX be able to win the 'Rookie of the Year' award like their sunbae artists from JYP Entertainment?
4 hours ago   42   6,771

What K-Netizens are saying about CNN's article, "Why Western women are heading to South Korea in search of love"
6 hours ago   37   9,703

TWICE is ready to make an impression with a new set of individual and group teaser photos for their upcoming 11th mini-album 'Between 1&2'
7 hours ago   35   5,737

On Indian Independence day, an Indian teacher caught threatening a student over being a fan of "lipstick-wearing" BTS-- sparks debate on toxic anti-fan culture in India
23 hours ago   141   75,113

NewJeans' Minji rejected a personal offer from Lee Soo Man to become the center of an SM Entertainment group
1 day ago   90   110,410