Billlie will blow the heat away with new summer single 'Patbingsu'

Billlie dropped another set of teaser images for their summer collaboration project "Patbingsu".

Meanwhile, Billlie's "Patbingsu" will be released on July 14 at 6 PM KST. 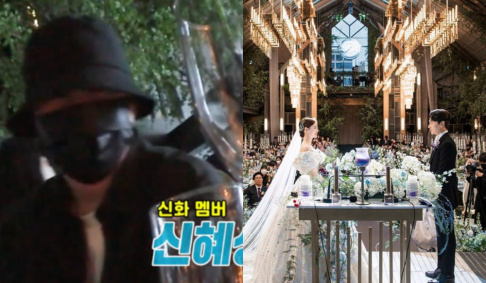 Shinhwa's Andy thanks Hyesung for attending the wedding despite his injuries

I need a behind video with Tsuki trying patbingsu for the first time, her reactions are the best. 🤣

NewJeans' Minji rejected a personal offer from Lee Soo Man to become the center of an SM Entertainment group
3 hours ago   37   21,305

Fans are loving BLACKPINK's outfits in the latest concept teaser for "Pink Venom"
2 hours ago   7   3,504

"This is real hip-hop," Jay Park applauded for his latest Instagram post celebrating the National Liberation Day of Korea
4 hours ago   21   3,430

The fierce competition for this year's 'Rookie of the Year' award — which girl group do you think will win at the year-end award shows?
8 hours ago   75   12,408

Netizen suggests set of Girls' Generation's 'FOREVER 1' MV may have been plagiarized from Tokyo DisneySea
2 days ago   52   39,407