News
Posted by Germaine-Jay 22 days ago

After the announcement that BTS will be taking a group hiatus, fans, netizens, and reports have been speculating about the group's actual next move, and rumors about the group's disbandment quickly spread online. BTS' label CEO Park Ji Won then sent an e-mail to all employees at HYBE to clarify the situation.

The e-mail stated, "Through the 'BTS Festa Dinner Party', BTS expressed their desire to expand their range of activities by combining group activities and individual activities for the continued growth and maturation of the group. Portions of the video are being blown out of proportion and wrongly interpreted, which is leading to the spread of false information."

On the rumors of a disbandment, Park Ji Won stated, "BTS are not even considering disbanding the group at all, and there's no process going on regarding the disbandment of the group." The CEO further assured BTS won't be entirely stopping group activities just because they'll be focusing on individual activities.

Why are the rumors flying around? BTS members definitely did say that they are not disbanding. We Army will be cheering them on on their solo activities and will rejoice when they perform as a group. Borahae 💜

We know this. Yoongi said many times in the festa video they aren't disbanding. HYBE released that statement bec their stocks are plummeting. 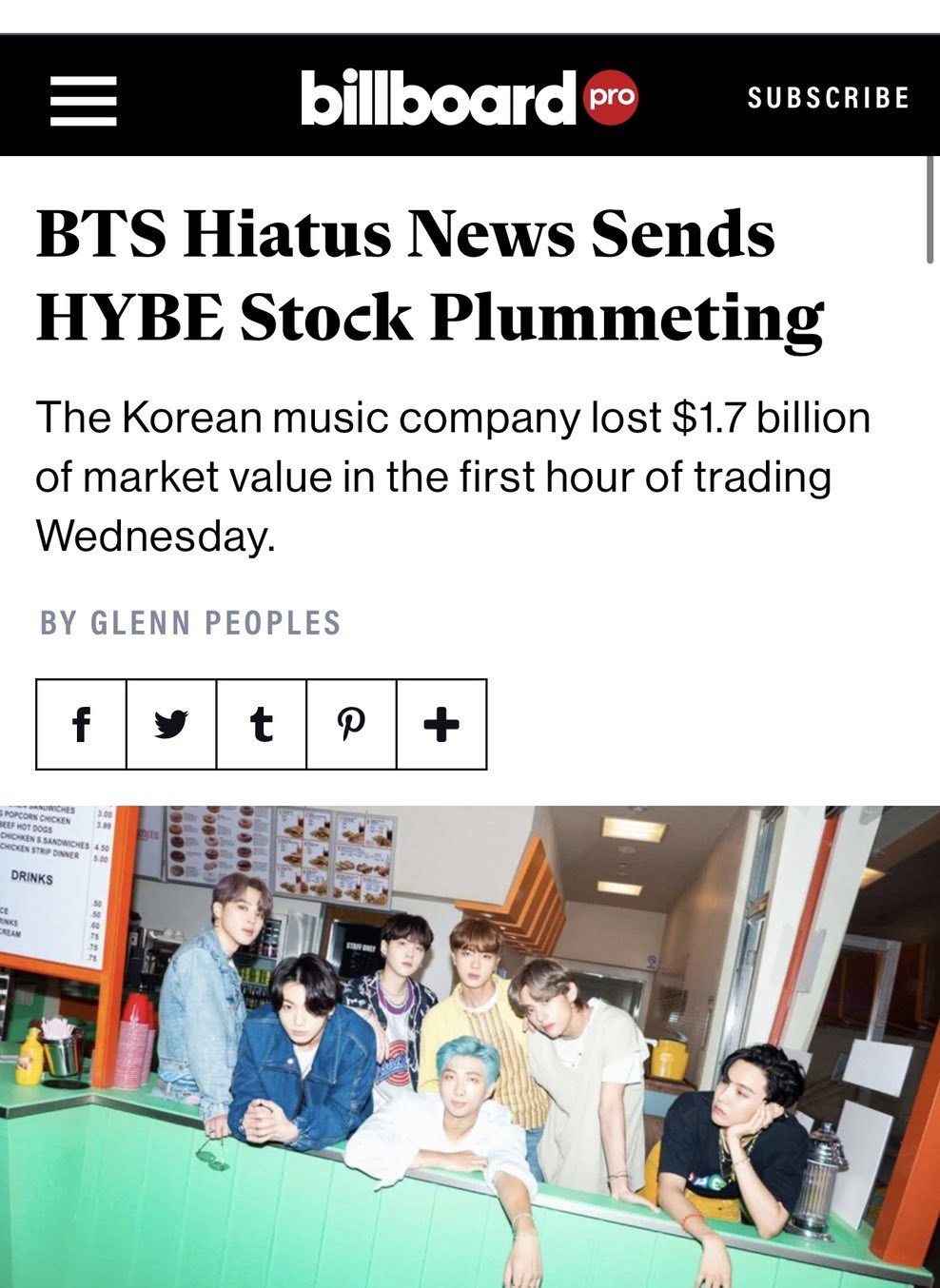 Netizens spot TOMORROW x TOGETHER members in one of aespa's 'Girls' comeback photos
2 hours ago   9   17,070

"The original and new legends," Fans looking forward to both Girls' Generation and BLACKPINK making their respective comebacks in August
8 hours ago   33   10,180

Netizens spot TOMORROW x TOGETHER members in one of aespa's 'Girls' comeback photos
2 hours ago   9   17,070

ATEEZ return as revolutionaries in latest concept photos for 'The World Ep.1 : Movement'
4 hours ago   3   987

The minister of Culture, Sports and Tourism says that this is the most important factor if BTS gets a military exemption or not
1 day ago   45   20,270

Dispatch reveals the results of their investigation into Nam Joo Hyuk's bullying scandal after interviewing 18 classmates and 2 teachers from his high school
1 day ago   107   105,056