BREAKING
Kim Hyun Joong confirms he is getting married, reveals news to fans during recent concert

Kim Hyun Joong has confirmed rumors that he is getting married.

On February 27 KST, the Hallyu star held an online/offline solo concert titled 'What I Want To Say' (literal trans.), where he directly announced his engagement to his fan attendees.

"I don't know how to tell you first," he began carefully. "I made a decision to walk through my future life together with the person who stood by me during the most difficult and hard times."

"When I look back at the past I've lived, I've received a lot of attention and love up to now, and as I'm sincerely grateful to all the fans who silently stood by my side during the dark and difficult days, I think today will be a meaningful day as it's one where we meet face-to-face and I can talk to you," he continued. "When the dark and difficult days continued, thanks to my fans' support, love, and trust, I was able to regain courage and could decide to start anew with the second half of my life."

He then said that he had been pushing himself to live a good life for his fans, and he wanted to repay him somehow. Instead of simply announcing his engagement news through a letter, he thought of his fans' endless love and support and found it would be more appropriate to tell fans in person during his show.

Meanwhile, Kim Hyun Joong's agency HENECIA released a press statement to directly address previous media reports, explaining, "Today, through our artist Kim Hyun Joon's concert, news of the artist's marriage was announced. Considering the difficult [pandemic] situation, they have skipped the ceremonial and other procedures, and we respectfully request that you refrain from excessive speculation as we have carefully conveyed the news in consideration of the couple."

The agency ended the statement asking the public for their "warm support as [the couple] carefully takes their first step toward a future they will walk together as a precious relationship in a difficult time." 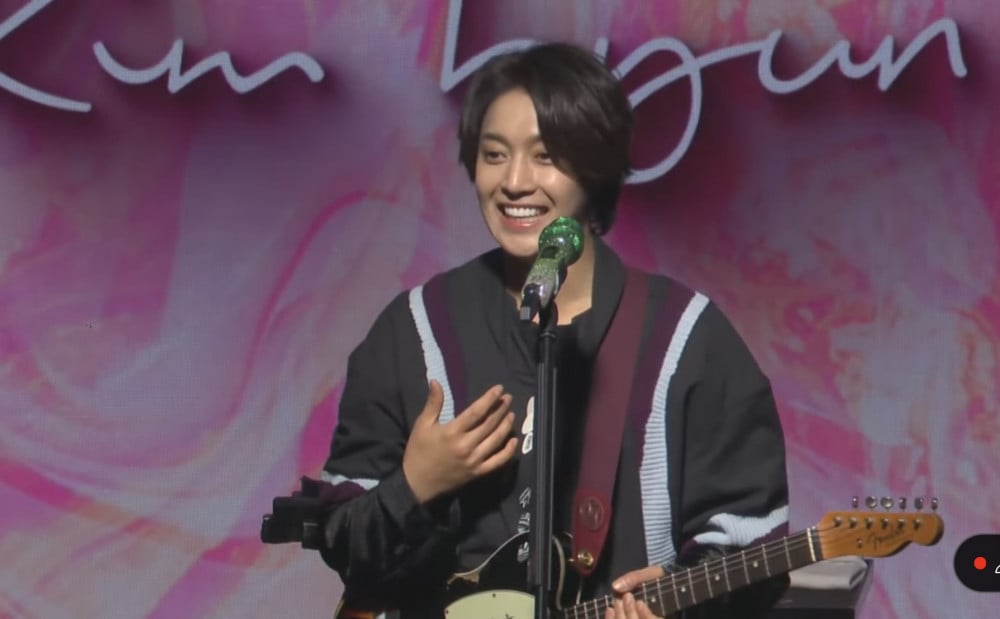 Wish you and the lucky girl much Happiness! 🌹What an original and beautiful way of announcing your wedding 💖! Holding a concert for free, inviting your fans as friends, Henecia family! Your Henecia appreciates your trust! Thanks for the wonderful concert! Greetings 🇧🇷&🇩🇰

Still so many people on this thread who are spouting the lies and inaccuracies that were published when his baby mama first decide to go public. Allkpop needs to do better. He went to court multiple times. While he was not 100% innocent. A huge portion of what she said he did he did not do. She lied she faked pregnancies she faked abortions she defrauded him. The courts made her pay back most all of the settlement money he gave her. She played games and made the process of paternity testing damn near impossible for him. He doesn't even have any access to his own child. Y'all wasting your time on here bashing him, Instead of hoping that he actually found a woman to be with who's not a piece of shit

Girl Crush under fire for performing explicit songs with minor member
3 hours ago   10   42,219

Girl Crush under fire for performing explicit songs with minor member
3 hours ago   10   42,219

Netizens are surprised to see how different aespa's Karina looked pre-debut as a back dancer for SHINee's Taemin
1 day ago   78   86,837

Korean YouTuber Poongja shares the struggles she faced as a transgender in South Korea
2 days ago   63   7,478