The winners of the 42nd Blue Dragon Film Awards

The 42nd Blue Dragon Film Awards took place on November 26 and announced all the winners for this year's awards. The event took place at the KBS Hall in Yeoido with actress Kim Hye Soo and Yoo Yeon Seok as the main MCs.

Seol Kyung Gu shared in his acceptance speech, "I was hoping that BYeo Yo Han would be given the best actor award for 'The Book of Fish.' I want to express my gratitude and apology to Byeon Yo Han. I also want to thank director Lee Joon Ik who made the filming become healing for us. Many actors and staff sacrificed to make this movie that is treasure-like. This film was a low-budget film but thanks to the actors, this movie became great. I want to thank my agency family members, my partner Song Yoon Ah and also my fans."

Moon So Ri shared, "I want to thank the 'Three Sisters,' The sisters - Kim Seon Young, Jang Yoon Joo, and I - who appeared on the film all have daughters. This film encompasses our hopes of living in an era where our daughters can live comfortably, in an era that transcends the era of abuse and hate. I wanted to share this film with all the daughters in this world but I feel we weren't able to because of COVID19. I hope that it gets delivered to more people through this. I feel that our daughters would have a brighter future thanks to our actress Youn Yeo Jung, and Holy Bang, who showed an awesome performance tonight. Thank you."

Meanwhile, the 42nd Blue Dragon Film Awards was broadcast live on KBS2, and the following are all the winners of this year's awards:

i really love her movie→'Miracle', it's one of the best asian movies 2021 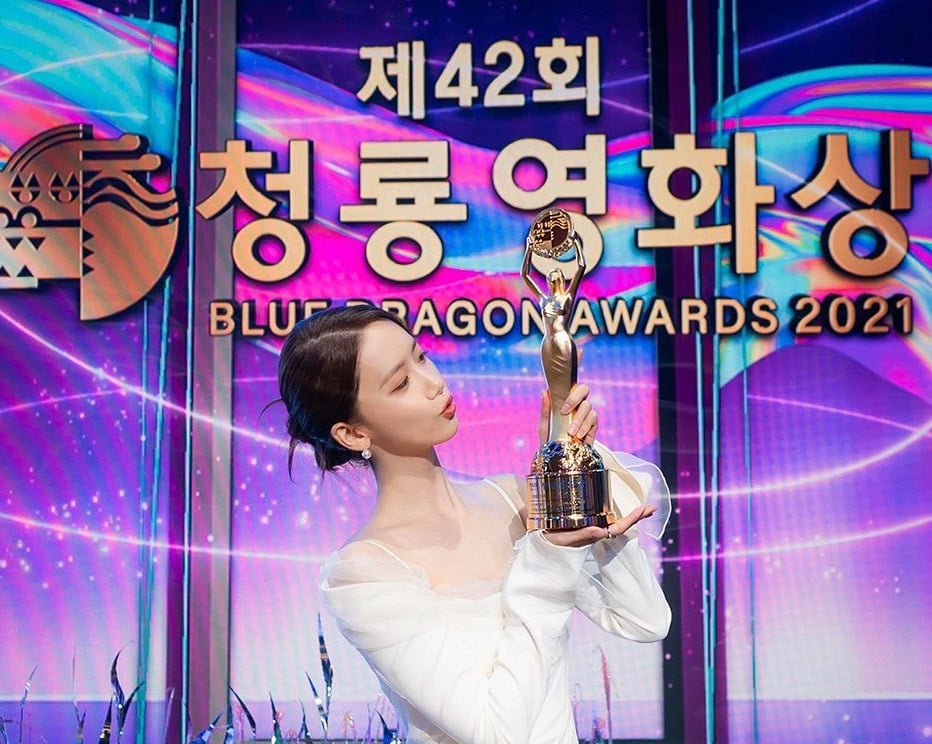 YouTuber Free Zia appears on 'Knowing Brothers' without being edited out amidst the controversy
23 hours ago   51   53,428