On November 25 KST, industry insiders revealed that BTS's V has been included in the OST artist lineup the new SBS's drama series 'Our Beloved Summer'. 'Our Beloved Summer' is a drama remake of the popular original webtoon of the same name, and will depict the story of two past lovers who are forced to reunite in front of the camera ten years later.

Reports of V's participation in the original soundtrack for 'Our Beloved Summer' gathered excitement as he is known to be close friends with the male lead actor Choi Woo Sik. In addition, V has previously lent his voice for his other 'Wooga Squad' member Park Seo Joon through the drama 'Itaewon Class'. V's previous solo releases, including his 'Itaewon Class' OST "Sweet Night", his solo tracks "Scenery", "Winter Bear", and more have been well-received by fans from all over the world. Thus, many look forward to his OST for the upcoming drama 'Our Beloved Summer'.

V is a true friend and good bro to the Wooga Squad members.

Awesome and can’t wait for the OST👏 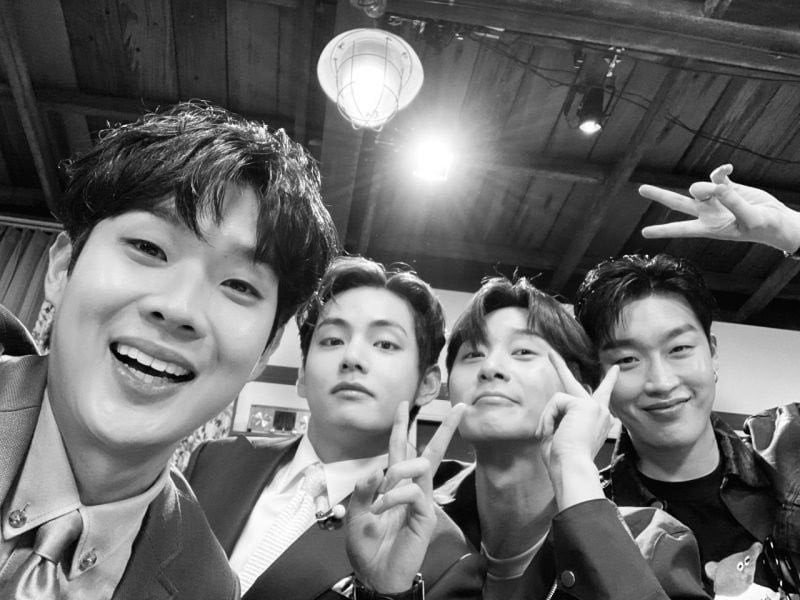 CL touches hearts after buying pizza for her fans who were waiting outside her 'ALPHA' show in London
6 hours ago   10   5,707

Netizens react to BTS's Jungkook hiding behind RM as soon as their "Butter" collaboration stage with Megan Thee Stallion ends
1 day ago   60   34,959