During filming for the October 23rd episode of 'Knowing Brothers', aespa featured as guests, and Shindong revealed, "I recognized Karina before I saw her at SM Entertainment," explaining he met Karina during his army days when she was in middle school.

He expressed, "As soon as saw Karina, I wanted to cast her at SM Entertainment. However, I was a soldier, so there was no way to contact the company." Karina also said, "The first celebrity I ever saw was Shindong."

The episode of 'Knowing Brothers' featuring aespa airs at 7:40PM KST on the 23rd.

It was Karina who asked for a photo with Shindong and posted it on her SNS. Shindong just said that she should have been casted then and there before other companies find her. He must have been just happy that Karina was casted in SM still. Stop spreading hate and get a life, kids. 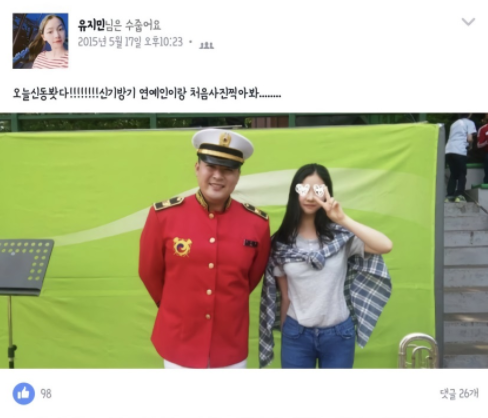 Since this is an Aespa article, I wanna say, Happy birthday NingNing!!!