Fans are loving the close relationship BLACKPINK's Lisa has with iKON

In a recent interview with TeenVogue Magazine, BLACKPINK's Lisa shared about her friendship with the boy group iKON.

Many BLACKPINK and iKON fans have been well aware of the friendship these idols had. BLACKPINK's Lisa and iKON recently were able to collaborate with each other during the Mnet idol survival show 'Kingdom: Legendary War.' On the 8th episode of the show, Lisa and iKON performed 'Classy Savage,' a remix of BLACKPINK's song "Pretty Savage."

During the interview, Lisa said, "Knowing that iKON would appear on 'Kingdom,' I wanted to perform with them. I was rooting for them. After hearing that they are going to cover BLACKPINK's song, we were able to do it together. The performance came out really nice."

She shared that she wanted to perform with the boy group knowing that they would be on the show. When iKON revealed they would cover BLACKPINK's song, Lisa took the chance to appear in their performance.

Ex-girlfriend 'A' who raised accusations against 'Actor K' rumored to have worked in the broadcasting industry for nearly 10 years
3 hours ago   42   54,610

Netizens say Kim Seon Ho should be thankful to Salt Entertainment for changing his image and styling
7 hours ago   40   57,368

SPOILER
Fans and netizens alike are upset and angry at the latest results from 'Street Woman Fighter'
6 hours ago   26   20,635 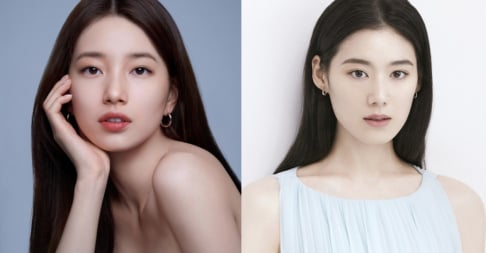