On October 28, a behind-the-scenes video of BTS's visit to the UN as president Moon's special envoy.

The video showed the members getting ready for the anointment ceremony when they were selected as President Moon Jae In's special envoys, in addition to the behind-the-scenes of their performance at the UN.

At the end of the video, the members sat down with one another as they took time to talk about the events they have participated in.

In one of the conversations, the members pointed out that Jimin had made a small mistake during a performance. While Jimin felt guilty, the other members encouraged him and comforted him with a bit of teasing.

However, fans were uncomfortable when the subtitles included a derogatory word that is often used by anti-fans to refer to Jimin. While the members were having the conversation, the subtitle wrote, "Ddak Jimin," or "Chicken Jimin," but the members were saying his name, "Park Jimin." Therefore, these angered fans took to social media.

Why would they insult their own artist? Maybe they meant it in a sweet way since some of his fans like to refer to him as one or give him gifts like this 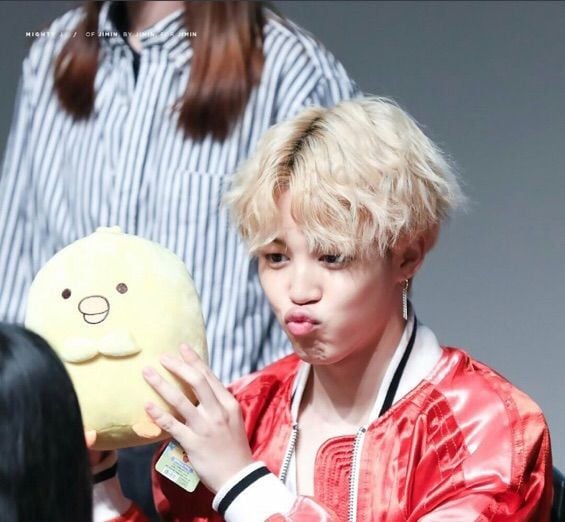 Even if this wasn't the case, many get teased a bit by the staff or their own members when they make a mistake or something like that, it doesn't always have to be that serious

here what I understood. they were talking that jimin woke up early to practice, so from what I heard without reading the translation, yoongi apparently said "닭지민 (chicken jimin)" usually that a thing to say for an early riser. so I don't know what is the problem? did yoongi not say it? or the editor and who wrote the korean subs also heard it that way? I'm not defending anyone but genuinely don't get what's going on if that what they said, or people over interpret the situation.

Netizens feel bad as BLACKPINK's Jennie continues to get terrorized on Instagram after BTS's V accidentally followed her
19 hours ago   330   88,710

Netizens feel bad as BLACKPINK's Jennie continues to get terrorized on Instagram after BTS's V accidentally followed her
19 hours ago   330   88,710