KINGDOM will be returning with a new mini album this coming October.

On September 23 at 12AM KST, GF Entertainment uploaded a mysterious photo on KINGDOM's official Twitter page. Along with the photo, the agency revealed, "On October 21, KINGDOM will be having a comeback with their 3rd mini album 'History of Kingdom': Part 3. Ivan'." KINGDOM's upcoming album release marks a speedy comeback, just three months after their previous album release.

In the photo, a crown shines beautifully, yet somehow exudes dark vibes, raising curiosity about KINGDOM's upcoming album. In addition, a glimpse of KINGDOM's new logo at the left bottom corner gathered attention. The main 'king' character for this new album is member Ivan. Many look forward to Ivan and KINGDOM's story that will unfold in their new mini album.

Our kings are back, and this time Ivan is leading the way with his Kingdom of Snow!! 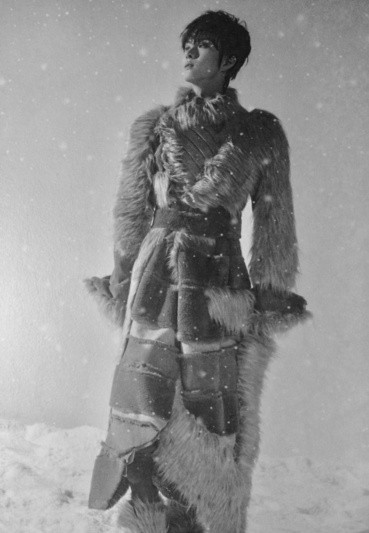 SPOILER
This 'Girls Planet 999' contestant trends worldwide as netizens want her to debut after she wasn't included in the final line-up
4 hours ago   65   14,895

Various individuals step up refuting rumors that Kim Seon Ho was notorious for having a bad temper and enjoyed alcohol and women
2 hours ago   20   11,297

BTS Jin's character RJ gets immediately sold out after the release of the new BT21 collection
2 hours ago   7   1,838

Anonymous netizen who claims to know Kim Seon Ho and his ex-girlfriend announces plans to unravel the 'truth' behind the controversy
2 days ago   112   174,140