GOT7's Yugyeom stands in black and white in 'Point of View: U' teaser image

GOT7's Yugyeom has revealed his latest teaser image for 'Point of View: U'.

In the black-and-white teaser image, Yugyeom stands in a black leather jacket. 'Point of View: U' is the GOT7 member's debut single as an AOMG labelmate, and it's set to drop on June 11 KST.

As previously reported, it is rumored the track has been made in collaboration with his new AOMG labelmate, musician/producer GRAY.

Take a look at Yugyeom's latest teaser below and his track list here if you missed it.

I’m soo excited to hear the type of music he’s wanted to release for years, just like JayB, I’m exicted to hear his own sound

Our baby boy has grown up soooo fine.😍

Ex-BTOB member Ilhoon applies to appeal his sentence after being found guilty of marijuana use
8 hours ago   33   7,872 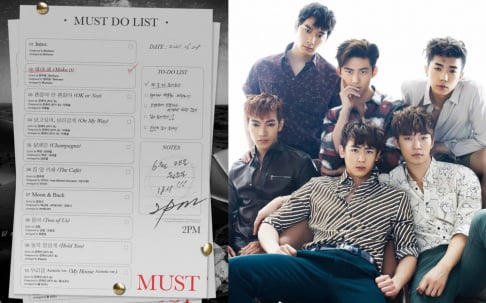