News
Posted by AmieAmore 10 days ago

"If Kimchi and Hanbok are yours, then the Great Wall of China is my backyard wall," Singer Hwang Hye Young claps back at Chinese netizens

On February 16th, Hwang Hye Young posted a photo of The Great Wall of China along with the caption, "If you keep claiming that Hanbok and Kimchi are Chinese, then can I insist that the Great Wall is the wall in my backyard?" She also included the hashtag 'enough is enough' warning the Chinese netizens.

This was in response to Chinese netizens' recent claims, who keep saying that the Korean Hanbok and Kimchi belong to China.

Hwang Hye Young, along with other celebrities, have been expressing their opinions and frustrations about this Northeast Project through social media. The Northeast Project is a Chinese government-led historical distortion research project that claims that China is the origin of all countries. This claims that all cultures are rooted in China through the success in the Qing dynasty in the past.

Korean netizens responded to Hwang Hye Young's post by saying, "That is an excellent comment. I feel relieved inside," "I feel the same way, they think Korea is easy or something and keep claiming ridiculous things," "Then at this point Confucius is ours and Malatang is our food too," and "yeah, they don't even have Kimchi fridge or a gathering to making Kimchi and still claim Kimchi is theirs."

Meanwhile, Hwang Hye Young used to be part of the group Two Two and married singer Kim Kyung Rok. The couple has twin sons and has appeared in various entertainment shows such as SBS's 'Single Wife.' 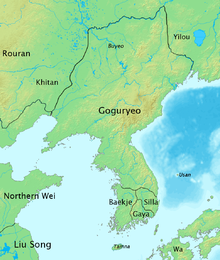 But why are Chinese trying to "steal" a Korean dish and a traditional clothing ?? Did I miss something???

WayV fans band together to defend Xiaojun after controversy over a misunderstanding that he made a misogynistic statement
45 minutes ago   11   3,201

Ham So Won gives additional clarification about her divorce rumors
2 hours ago   11   5,844

German radio DJ releases an apology after his Instagram is flooded with angry comments
2 hours ago   39   7,679

Illustrator Lee.K teases with another painting that features his favorite muse BTS's Jimin
5 minutes ago   1   67

WayV fans band together to defend Xiaojun after controversy over a misunderstanding that he made a misogynistic statement
45 minutes ago   11   3,201

6 K-Drama actors that have earned the title of top Hallyu stars by making waves on the big screen
1 hour ago   3   1,828

Stray Kids's Hyunjin once again personally apologizes to his former classmates in a handwritten letter
19 hours ago   111   23,153