Yoo Ah In decides to extend his resolution to quit smoking 'for life' thanks to the numerous news articles(?) about him yesterday

On December 24, actor Yoo Ah In decided to clarify his decision to quit smoking.

Previously, Yoo Ah In gave his followers quite a shock by declaring that he has decided to quit smoking after approximately 17 years, posting a series of some his past, somewhat crude smoking photos. What caused some significant confusion about this declaration post was the fact that Yoo Ah In wrote , "In 2020, I'm gonna quit smoking and work out more diligently."

Some media outlets interpreted this comment as Yoo Ah In vowing to quit his smoking habit in the less than 8 days remaining in the year 2020, while others thought that he had made a mistake and actually meant to write 2021.

As a result, Yoo Ah In returned to Instagram once again to address the confusion.

"This morning, I threw out some bait for you all by declaring that I would quit smoking in the remaining 8 days of 2020. However, seeing everyone's explosive response to this declaration and the excessive amount of news articles which talked about my declaration, I am feeling bad and have thus been motivated to extend my decision to go smoke-free in 2021, as well as for life. Thank you so much to all of you who were so very mistaken to believe that I meant 2021 when I said 2020, and I will continue to remain in hiding while becoming a healthier person. I hope all of you guys can successfully quit smoking too!"

Meanwhile, Yoo Ah In is expected to greet viewers via his upcoming Netflix original production, 'Hell'.

lol wait that's kind of hilarious. but it's also cool that he now intends to truly try to quit smoking. i hope he succeeds in his goal to be healthier (but he doesn't have to hide while doing it hahah~)

That's good. There's literally nothing good that comes out of smoking cigarettes.

aespa's members transform to a completely new look for the new set of teaser images preparing for the 'Next Level'
2 hours ago   11   3,415 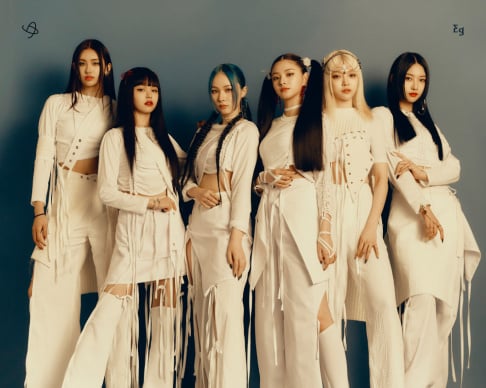 "It was a joke right?" Fans have mixed feelings over TXT Taehyun's remark, "Our happiness is directly related to album sales numbers"
2 days ago   212   36,600