Yoo In Suk, the former CEO of Yuri holdings has made a request for leniency for his role in 'Burning Sun' scandal

Yoo In Suk, the former CEO of Yuri holdings has made a request for leniency in his final statement while on trial for arranging prostitution. His lawyer requested the court for a lesser sentence.

The Seoul Central District Court held a hearing on August 24th on Yoo In Suk's trial. He has been prosecuted without physical detention on various charges such as embezzling.

The lawyer stressed and criticized that the prosecutors have excessively oppressed Yoo In Suk even though he has pled guilty for the charges and was self-reflecting of his wrongdoings.

The lawyer stated, "There has not been a case where the prosecutors officially indict a man for spending 1.2 million KRW (~1,009 USD) on golfing. We have been investigated for various other charges and have been raided extensively for evidence. We have requested the judge to take a close look at the charges except for this incident."

Yoo In Suk made a final statement saying, "I have learned a lot recently and I am self-reflecting. I was very ignorant of the world but now I would appreciate it if I was given a chance to properly live a life as a decent husband and father. I'm sorry."

He is also accused of paying golf expenses with the corporate funds of Yuri Holdings while playing golf with senior superintendent Yoon Kyu Geun, who is suspected of having ties with Burning Sun. Seungri was also indicted on charges of arranging prostitution with Yoo, but the case was transferred to a military court when he joined the military in March.

Meanwhile, Yoo In Suk's wife, Park Han Byul has filed a self-written petition with the court last year to appeal against Yoo's arrest.

Park Han Byul stated, "My husband has no intention of avoiding this situation or fleeing. I promise as the wife of a family that we will continue to be investigated faithfully without physical detention,"

She wrote in the petition that Yoo In Suk had faithfully conducted more than ten police investigations and stressed that he was the father of a young child.

Now, Yoo's family has sold all their assets in Seoul and moved to live in Jeju island. 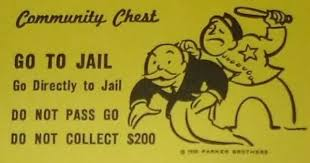 Jessi revealed to be in the hospital after coming down with the stomach flu
5 hours ago   9   4,541

Netizens horrified as they find autographed albums gifted to CLC from other artists listed for sale in an online market
8 hours ago   39   47,900

Fans are feeling fuzzy inside after TOMORROW x TOGETHER's Beomgyu uploads a cute little game of 'Where's Toto?'
2 hours ago   2   1,535

AKP BUZZ
Korean Mukbang YouTuber is fired from her Chinese agency after saying "Kimchi is a Korean food"
2 days ago   116   145,786

Mina lashes out at netizen demanding proof that Jimin bullied her, posts medical diagnosis from hospital
2 days ago   251   52,448