OnlyOneOf is gearing up for their comeback on May 21st.

On May 11 at midnight KST, the group dropped another teaser image for 'Produced by [ ] Part 1'. With the above image, OnlyOneOf gave fans a sneak peek at the lyrics of their upcoming song "Designer (Prod. BOYCOLD)". Lyrics say, "Feeling like your arms winding around my body. Don't know how it feels like. All the plans being surreally realized."

they are honestly all so good looking

Here's hoping they get a proper MV this time. 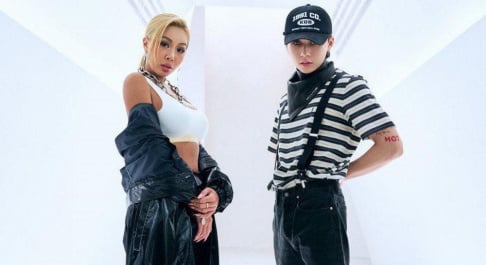