Ha Sung Woon reveals new album is 80% finished; waiting until social distancing is over for comeback

Ha Sung Woon is preparing for another comeback!

On April 20 KST, his agency revealed that he is roughly 80% finished recording new music for his comeback. They added that they are currently being careful regarding COVID-19 and waiting for social distancing to be finished, with intentions to coordinate the exact timing of the comeback in mid-May.

The agency also expressed that health comes first and that they hope Ha Sung Woon will be able to quickly meet with fans through a variety of album promotions, including fan meetings and signings.

Meanwhile, Ha Sung Woon has released a number of solo singles since the conclusion of his 'Produce 101' project group Wanna One, including "Don't Forget Me," "Blue," and "Bird."

Stay tuned for more news about this exciting debut!

I'm reallllly happy he's releasing an album!!!! But I'm even happier that he's paying attention to the safety measures as well.

Sorry, but, and HotShot?

[TW/CW: Self-Harm] Former AOA member Mina elicits concern after uploading and deleting a picture of her injured wrist
2 hours ago   6   12,559

Actress Park Han Byul's future promotions on the line as ex-husband Yoo In Suk admits to all charges involving 'Burning Sun'
53 minutes ago   3   1,976

[TW/CW: Self-Harm] Former AOA member Mina elicits concern after uploading and deleting a picture of her injured wrist
2 hours ago   6   12,559 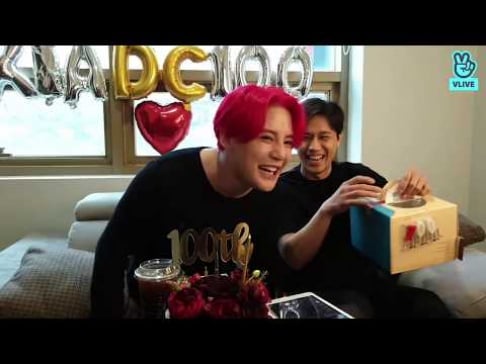 BTS V's African Fanbase adopts a baby elephant for his debut Anniversary and it's the cutest little thing
3 hours ago   17   1,768

BTS fans trick local TV station into airing a birthday shoutout to Jungkook under the name 'John Guk'
6 hours ago   30   9,457

Big Hit Entertainment reiterates earlier statement of response to speech sample used in 'What Do You Think?'
20 hours ago   139   39,434