SBS is under fire for safety issues, banning Red Velvet fans from the venue and its careless apology.

Red Velvet's Wendy suffered facial, pelvis, and wrist injuries during rehearsals for Christmas day's 'SBS Gayo Daejeon'. Wendy was going to perform Aladdin's OST 'Speechless' but she fell off from a platform that was about 2 meters high during the rehearsal.

A few hours after the incident, SBS finally posted its official statement regarding Wendy's injury 20 minutes after the show started. The statement reads, "On 25th during the SBS Gayo Daejeon's rehearsals, the unfortunate event of Red Velvet's Wendy getting injured has occurred. We sincerely apologize to fans and our viewers that Red Velvet cannot perform on stage tonight. We hope Red Velvet's Wendy recovers soon and SBS will be especially cautious regarding the safety of performers in the future."

The statement did not include how the incident happened or what extent Wendy's injury was. Further, the statement apologizing for the group's absence gives the impression that the group was at fault.

Fans are condemning this careless apology along with hasty safety management and how SBS treated fans that went to cheer Red Velvet. After it was decided that Red Velvet won't be on stage due to its member Wendy's injury, SBS banned Red Velvet's fans, saying they cannot provide tickets because the group won't perform for the show. About 400 fans had to return home. Below is the picture of the empty seats that were for Red Velvet's fans. 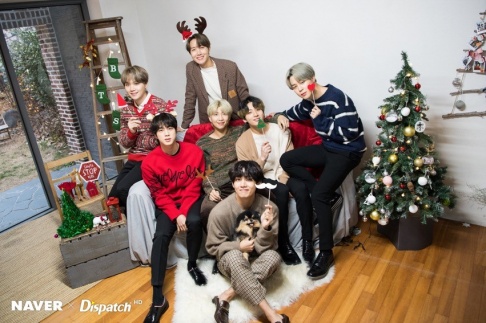 They’d rather have a huge empty section than let RV fans attend? Wtf are they doing?

I hope SM’s lawyers are having a busy end of year... The whole Korean entertainment industry needs an overhaul. There’s no human decency. How did SBS become so careless that they signaled Wendy to go down the stairs in the dark but there were no stairs? She could have been killed. She could have been paralyzed for life had she injured her spine. They need to stop treating entertainers as products and give them a decent treatment.

Netizens comment on how different LE SSERAFIM's outfits look in the Japanese 'FEARLESS' MV compared to the Korean version
2 hours ago   6   4,659