EXO Kai warns he will have to call the police during Instagram live, due to Sasaengs gathering outside of EXOs' dormitory

EXO member Kai did an Instagram live today for EXO-L and many noticed he was uncomfortable. During the live, he mentioned that there are Sasaengs gathered outside of EXOs' dormitory. He then went on and asked them to leave andif they don't he will have to call the police.

Of course, this is not the first time EXO has had to deal with Sasaengs, they have mentioned previously they cannot even go back home from their dormitory without a special operation and set up because they are scared for their families. Their dorm previously has been broken into and there have been cameras installed into their hotel rooms. Just this year EXO members Baekhyun and Kai already exposed a few Sasaengs on social media. Many fans went on and suggested for Kai to just directly call the police and asked for SM entertainment to finally do something about this.

Yikes. This is scary. Report them Jongin 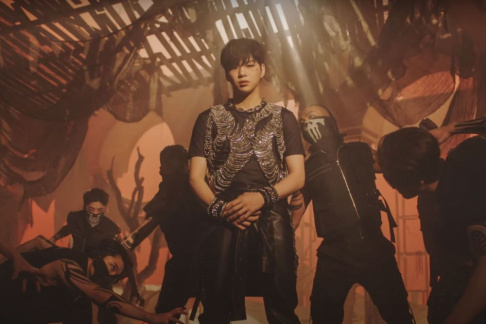 Jo Kwon reveal of having a genderless image, gets confused as being non binary by western Kpop fans
19 hours ago   25   5,412