Actress Go Jun Hee opened up about how malicious rumors connecting her to the recent controversial chatroom, involving Jung Joon Young, Jonghun, and Seungri, affected her and her family.

In a recent interview with media outlets on December 4, Go Jun Hee expressed, "To be honest, I've suffered through rumors that were worse in a way for the past 10 years. It wasn't just one or two a day, so I think I grew thick skin. I believed that no answer would be the best, but that wasn't the case. I received a request to leave the drama I was in, and everyone around me believed the rumors. In the end, the people who suffered the most were the people who loved me."

She continued, "There was nothing I did wrong, but I grew courage after seeing my peers and family suffering. I wanted to correct what was wrong, and do my best to hold onto what I've worked towards so far. I'll be responding with legal action and no settlement in the future as well." Go Jun Hee added, "I had to take a hiatus against my will, and I want to walk proudly after being involved in these absurd rumors. I found a new agency, and I'm starting anew. I want to greet you all as an actress and on other various programs. I hope that the public sees me without colored glasses."

The actress also shared about her family, "Through this recent event, I was able to talk to my parents more. I became closer to my parents, and I realized how precious they are once again. My mother was recently ill. She had tinnitus, and she quietly went to a neighborhood hospital to receive treatment without telling me. Her illness didn't improve, and I found out belatedly."

She expressed that she felt at fault, saying, "I felt heartbroken. She was the one who trusted me and cheered me on the most. She's someone I should've protected. I felt she was ill because of me. It made me think that I made her sick by choosing to act as a career."

Even at this moment when KBS revealed JJY's juridical proofs and it shows very clear that Seungri wasn't in the molka chat room but in the business one where accidentally it was upload a short molka video and Seungri's reaction was harsh against it and the hashtag #ApologizeToSeungri
is no.1 worldwide this so called AKP staff germainej came with this title of their post? Hei, your character sucks literally, everyone knows those are JJY's group chats, they were sentenced, their name are known but still you lie deliberately. I don't know what cause you serve like a puppet but you continue to manipulate the readers and this is grossly immoral and show what a low scumbag you are. Shame on you. 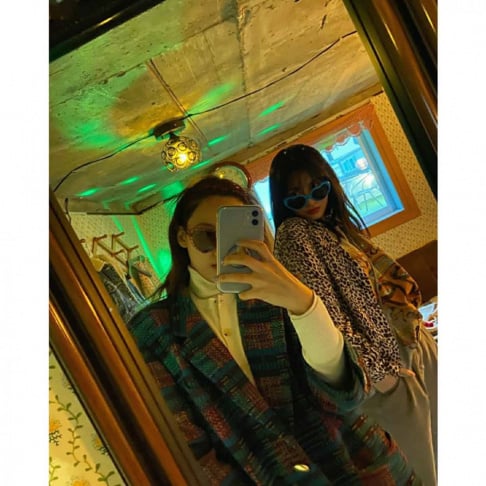