(G)I-DLE's Soyeon is returning for another Riot Games music project!

Riot Games, the company behind popular battle arena video game 'League of Legends,'  has announced that Soyeon with be teaming up with Becky G, Keke Palmer, Thutmose, and Duckwrth for a new release entitled "True Damage," which will be released on November 10.

The release comes almost exactly a year after Riot Games' "POP/STARS" by K/DA first dropped, which featured Soyeon, her (G)I-DLE groupmate Miyeon, Madison Beer, and Jaira Burns. The single, which was made to promote a new line of Epic skins, went on to become an international hit, even hitting #1 on Billboard's World Digital Songs chart.

Stay tuned for the release, and check out Soyeon's announcement video below!

YES! I absolutely loved K/DA and now we're getting another group! Becky G will feature too, I can't wait for this. 😱

Soyeon is killing it!!!! So proud of her. 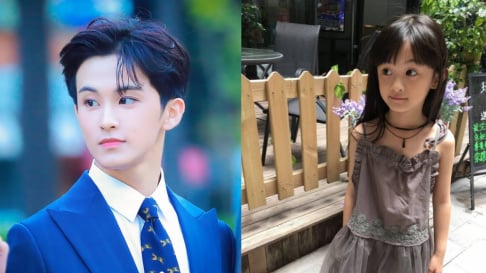 A baby model is catching the attention of many Netizens due to her striking resemblance to NCT's Mark
2 hours ago   7   3,135

Netizens find solid evidence of 'Lovestagram' saying Chanyeol is dating...but it turned out it was his manager
36 minutes ago   4   3,082

Fans say they're dissatisfied about this year's 'Idol Star Athletics Competition' taking place without spectators because girl and boy idols can freely meet without fans watching
45 minutes ago   15   2,300

Fans find cute baby photos of BTS members as they recreate photos from their childhood
1 hour ago   5   2,158

BLACKPINK share a release poster for their 2nd pre-release single featuring a mystery artist
23 hours ago   47   16,842