HB Entertainment has released an official statement on Ahn Jae Hyun and Goo Hye Sun's marriage and divorce, and after issues regarding their statement, the actress is reported to be leaving the label.

On August 18, HB Entertainment released the statement as follows:

"Hello. This is HB Entertainment.

We'd like to explain the situation between our label actors Goo Hye Sun and Ahn Jae Hyun, which was publicized today on August 18.

Despite the support and expectations of many people, the two actors recently reached a point where they could no longer maintain their marriage because of various issues, and after a serious conversation, they both agreed to get a divorce.

As the agency of the two actors, we respected the decision they made after long and sincere talks over the past couple of months, and we hope that they would lead happier lives separately in the future.

Goo Hye Sun recently appointed a lawyer and drafted a divorce agreement, which she then sent to Ahn Jae Hyun and requested he quickly appoint a lawyer and go through the required steps. Goo Hye Sun expressed she wished to file for divorce in August and complete the process by September.

Along with the divorce agreement, Goo Hye Sun sent over a draft of the statement she'd be distributing to the press.

However, we came across an article today that included Goo Hye Sun's social media post, and both Ahn Jae Hyun and the label were caught offguard by it. Her post left out the fact that the divorce was through mutual agreement after serious negotiation, and she simply stated she didn't want a divorce. We regrettably feel the need to explain the process despite this being their private life.

Though this is a part of their private life, we wish as their agency that both sides are not hurt by this.

We apologize for causing concern to so many people."

"Hello. This is Goo Hye Sun.

Firstly, I'm deeply apologetic for bringing this bad news to people who showed me love and support for my newlywed and married life.

Ahn Jae Hyun and I have agreed to end our marriage, and we've started the process of filing for a divorce. We submitted our request for divorce to the Seoul Family Court on August _, 2019. We've loved each other and been happy. However, we've also learned there's space between us, and we want to end things on a happier note before that distance widens. We thought it would be best to walk separate paths.

On our divorce, we each have our own personal lives, and we'll each continue our acting careers in the future. We ask that it's left as a personal matter, and we wish for no baseless speculation or unnecessary misunderstandings.

I'll work harder to repay your love with better projects and activities in the future.

Thank you. From Goo Hye Sun."

However, Goo Hye Sun has since denied the label's assertions. She made the below post on Instagram with the message, "Yesterday, I was in a rush to post what I did because I expected official statements to be released today. We were in the process of talking about a divorce, but we had not signed or agreed on a final decision yet. The official statement was made without consulting me. I want to protect my family."

The Instagram post reveals a screen capture of text messages she sent to Ahn Jae Hyun, which state: "It says you're in a call. Call me back," at 1:40AM KST, and "It says your line is still busy at this hour. I met and spoke with the board director today, and I was told you told the CEO that I'd read KakaoTalk messages of you and the CEO badmouthing me and that the faith I had in our marriage and label had been damaged. I don't think it's right for the agency to handle our divorce issue. They stated that if I want it, they'll terminate my contract, and I think it's right for me to leave the agency. I know once I leave, rumors about a divorce would begin, so I'm willing to get a divorce immediately like you wanted. If I leave the agency and get a divorce, I'll have no work, so please send me the balance of our Yongin house. Let's write down these promises with lawyers and go through revisions on the divorce process. The reasons are the same as before. Your change of heart. Damage of trust. I'll accept it. Speak the truth. Send me the balance."

Since then, Goo Hye Sun's profile and photos on HB Entertainment's website have been deleted. 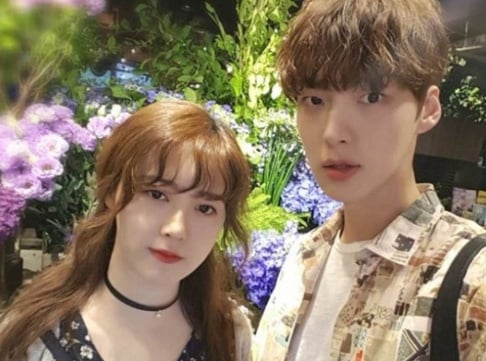 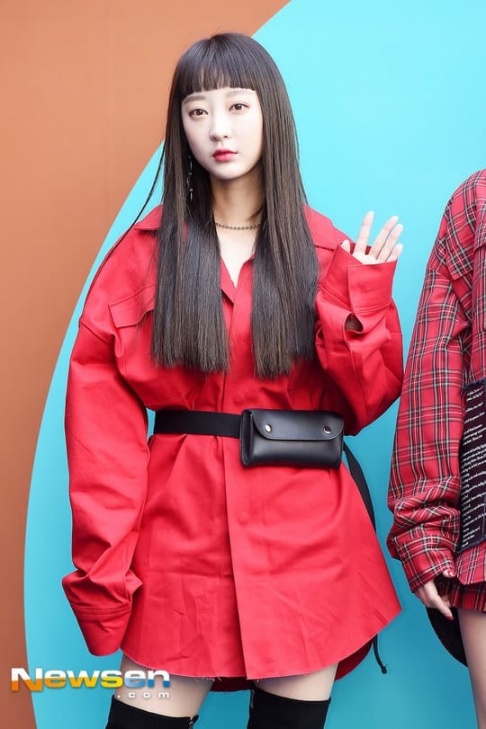 So how does this show she’s a victim? She was posting earlier making it sound like he was the one that unilaterally wanted a divorce and that she and her mom were shocked and in pain because of it. Now, you find out that she was the one that filed the paperwork first and he had to quickly obtain a lawyer in response. She also had a PR statement ready. She’s being misleading and manipulative.

I'm not buying her excuse that her husband and the agency was badmouthing her. It seems to me she acted prematurely caught up in emotion when she posted that insta post and now that she sees some opinions are not in her favor, she wants to paint the husband and agency in a bad light. Relationships and marriages just DON'T ALWAYS WORK OUT, deal with it and move on.

LOONA’s Yeojin raises concern after claiming she hasn’t been paid since her debut
5 hours ago   33   11,004

MAMAMOO's Wheein updates concerned fans about her health condition after news of her eye injury
4 hours ago   10   4,353

"We love you Taehyung" trends on Twitter as fans flood social media with their displeasure over unfair treatment
5 hours ago   16   13,528

NMIXX's Sullyoon stuns the web for her flawless snapshots taken by a photojournalist
3 hours ago   10   3,090

TXT's Taehyun talks about his love for BLACKPINK's "BORN PINK" album and reveals his favorite song
5 hours ago   11   3,649

Kim Taehyung shares he got his friendship tattoo on his left butt cheek
36 minutes ago   6   2,711

#BlinksCyberBullying trends on Twitter as K-pop fans call out the toxic fans for constant cyber bullying and doxxing
18 hours ago   166   31,432

Social media post of parents burning all of their daughters K-pop merchandise goes viral
2 days ago   142   229,854