Jenny officially confirmed to be leaving DIA due to knee problems

Jenny is officially confirmed to be withdrawing from DIA.

After rumors of her leaving the MBK Entertainment group started spreading early this year, her agency initially denied the reports, but MBK has now announced Jenny is in fact leaving DIA. MBK stated:

"We're sharing the news that Jenny is leaving DIA. During DIA's 'Summerade' promotions, Jenny suffered severe pain in her knees, and doctors diagnosed her with osteomalacia. Because of this, she wasn't able to promote during the group's 'Newtro' promotions.

We've been doing our best to help Jenny recover, and with continuous treatment, her health has improved a lot.

However, it's still too much for her to continue with DIA activities. With the advice of doctors and after discussing it with Jenny, it's been decided she'll stop promoting with DIA and work on her recovery."

Jenny also wrote a letter to AID (DIA fans) on Instagram. Her letter said as follows:

For the last album, I wasn't able to promote with DIA because of continuous knee pain from osteomalacia.
Afterwards, I've been consistently going to the hospital for treatment, and my condition has improved. I'm better, but it's still too much for me to promote. Following the doctor's orders, after much thought, and after discussing it with my label and members, it's been decided that I stop promoting with DIA. As a part of DIA, I learned a lot from the members, and there were a lot more times that we were happy together than we cried or had a hard time.
I prepared and dreamed of it for a long time, and it's tough for me because it turns out I have to leave. The warm words of support AID sent to me gave me a lot of strength, and because you gave me such overwhelming love, I was able to withstand it when I was tired. I'm so sorry that this will be my last message to you as DIA's Jenny and that I wasn't able to avoid saying it. Thank you for leaving me precious memories that I will never forget.
Eunice unni, Huihyeon unni, Jueun unni, Chaeyeon, Yebin, Eunchae, and Somyi... my members who are like family to me make me tear up just thinking of them... I'm so sorry, and I thank you. And I'll always cheer you on. I apologize I wasn't able to be with you until the end.
Once again, I apologize, and I'm sorry to my DIA members, MBK family, and loving AID for letting me continue into the future. I won't forget the overwhelming love you gave me.
Please give DIA a lot of support in the future. I'll be cheering them on with AID!
I'll see you often not as DIA's Jenny, but as Lee So Yul.
I ask that you cheer on So Yul as well. I thank you for everything."

What a shame. She has such star quality.

hope them getting more attention and recognition

the quality of their works deserves more love and supports

SNSD occupies the Twitter trends as fans discuss the worldwide impact of the group
9 hours ago   26   12,898 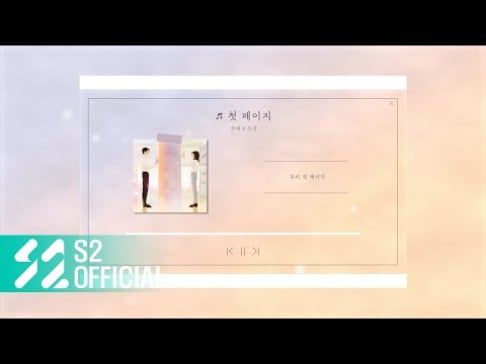 Chinese newspaper suggests BTS was nominated for Grammys thanks to China, suggest they "think twice before voicing their opinions in public"
5 hours ago   67   14,771