According to a report by Economic Daily on the 29th, Lee Soo Man received over 10 billion won (~$8,500,000) a year under the guise of "music advisory" via a ghost company 'Lake Planning' owned by SM Entertainment where Lee Soo Man is also a 100% stake owner.

According to the media report, for the past 5 years, 44% of SM's operating profit has been funneled to this ghost company. Local activists are demanding a prima facie explanation requesting explanations from SM as to why they didn't disclose that Lee Soo Man owns a 100% stake in the ghost company nor the fact that the company has yet to declare any dividends since it's listing. According to leaks, the amount of money funneled from SM to 'Lake Planning' has been increasing each year.

In 2017, the ghost company reported 10.8 billion in operating profit which is about the same as SM's overall reporting profit of 10.9 billion won. In 2018, it raked in 14.5 billion won, a 34.4% increase from the year before. In a span of 10 years, the company made withdrawals amounting to 81.6 billion won and yet no dividends were ever paid out since the company was listed in the year 2000. Critics point out that the company only filled the pockets of its largest shareholders with no profits shared with its other shareholders.

KB Asset Management is planning to send an open shareholder letter to SM to ask for the company to improve its governance structure. It plans to ask for clarifications and improvement regarding the Lake Planning contract and the reasons behind why the company didn't pay out any dividends.

The Big 3 need to offer these "netizens" employment. Give them something 𝓹𝓻𝓸𝓭𝓾𝓬𝓽𝓲𝓿𝓮 to do with their time. Give them a free makeover, make them feel pretty. Then task them with creating solutions.

suspicions? he was literally on iNTERPOLS most wanted list for embezzlement and fraud and was arrested by them years ago

DAY6's Jae makes an impressive donation to the #BlackLivesMatter movement
1 hour ago   2   4,279

All Woollim Entertainment artists get together for 'Relay' photo
5 hours ago   7   5,906 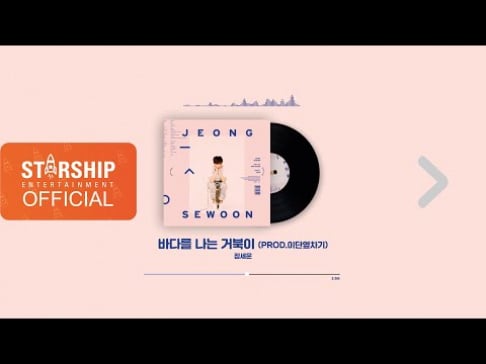 BTS Jimin smashed another record as "약속" (Promise) become SoundCloud's 3rd Most Stream Songs of All Time!
22 minutes ago   2   209

DAY6's Jae makes an impressive donation to the #BlackLivesMatter movement
1 hour ago   2   4,279

BTS Jimin smashed another record as "약속" (Promise) become SoundCloud's 3rd Most Stream Songs of All Time!
22 minutes ago   2   209