BTS win 'Top Social Artist' at the '2019 Billboard Music Awards' for the 3rd year in a row!

The boys of BTS have officially scored their 3rd 'Top Social Artist' win in a row at the '2019 Billboard Music Awards', about to take place in less than half an hour!

This year, BTS were nominated alongside fellow K-Pop groups like EXO, GOT7, as well as Ariana Grande, and Louis Tomlinson; but according to Billboard on May 1, BTS have officially been voted the 'Top Social Artist' for the 3rd consecutive year!

You can watch the 7 members take the red carpet at the #BBMAs right below, accepting their 'Top Social Artist' trophy from red carpet host Sway Calloway, below!

Don't forget to tune in to the full '2019 Billboard Music Awards' broadcast tonight at 8 PM EST to watch BTS and their partner in crime Halsey perform "Boy With Luv"!

We got the bread again... Congrats BTS and welldone armys 😘 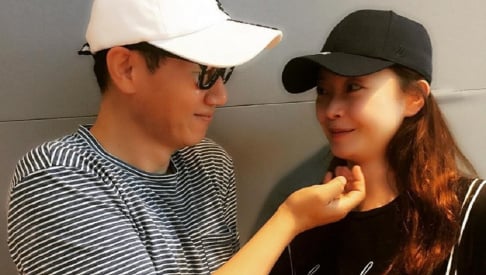 Former T-ara member Ahreum shares lovely portraits of herself during seventh month of pregnancy
8 hours ago   9   17,943