Jo Jung Suk opened up about his marriage. He married Gummy in a private ceremony back on October 2018.

On January 28, Jo Jung Suk had a cafe interview in Seoul to talk about his new film 'Hit-and-Run Squad.' The actor was also given questions about his married life.

Jo Jung Suk commented, "We are doing well," and revealed, "We haven't gone on our honeymoon yet. We are making plans though. I think we might go after promotions for 'Hit-and-Run Squad.'"

Jo Jung Suk also shared the couple and their family always wanted a small wedding. As for the positives of being married, he said, "The best thing after marriage is stableness. I think that's the best."

When asked about their plans for kids, Jo Jung Suk replied, "We haven't even gone on our honeymoon yet but we will have kids one day." He added, "I'm still shy (about talking about marriage). I was shy when I used to get questions about my relationship when we were dating. I think I'll still be shy even after we have kids."

Well, if they last, we'll look forward to their kids, because look at THEM -

Look at his expression looking at her LOL How frigging adorable :D

AKP BUZZ
Korean netizens react to daily increase of coronavirus patients in the US
13 hours ago   30   4,919

SF9's Rowoon makes headlines for his height, shielding another member standing on an elevated platform
14 hours ago   17   27,544

Fans say JYP Entertainment songs from this particular year are all timeless legends
13 hours ago   18   31,923

SPOILER
IRENE finally reveals who paid the bill between her and JENNIE from blackpink
42 minutes ago   2   1,018 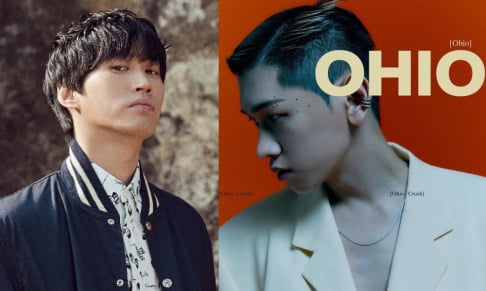 Netizens bring back moment of BTS members genuinely shocked after seeing a member cry
14 hours ago   40   32,986