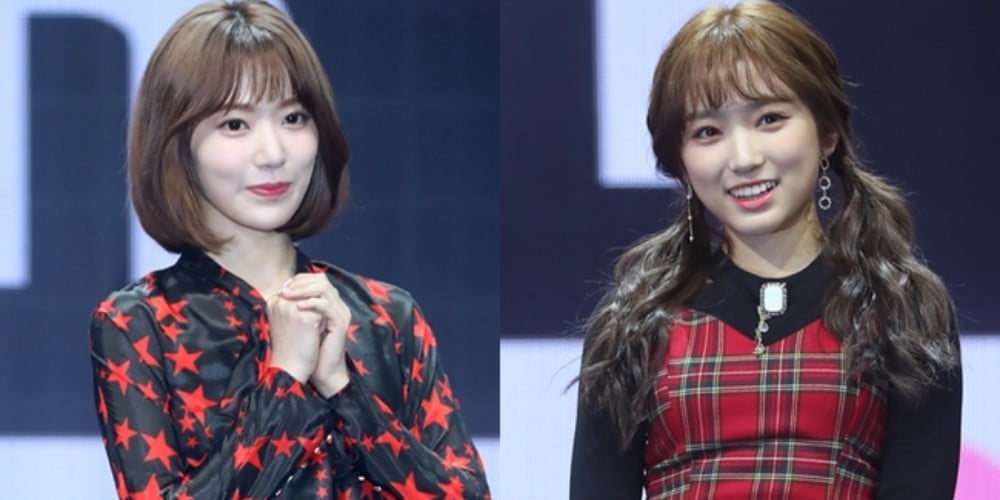 IZ*ONE fans are still strongly against Miyawaki Sakura and Yabuki Nako's participation in HKT48 activities.
On December 5, IZ*ONE fans revealed an official letter protesting the Japanese members' attendance at HKT48's 8th-anniversary concert.
The fans claim Miyawaki Sakura and Yabuki Nako are violating the promise to focus solely on IZ*ONE promotions and demanded they cancel their participation in the upcoming HKT48 concert. The fans also demanded Off the Record Entertainment to issue a new official statement that clearly restricts the Japanese members' participation in non-IZ*ONE related activities, and asked all of their schedules to be announced through IZ*ONE's official channels.
Back on December 2, HKT48 announced that Miyawaki Sakura and Yabuki Nako are attending the 8th-anniversary concert. In response to angered fans, Off the Record apologized, and explained the two are attending, "as representatives of IZ*ONE. This does not mean that the two members will go back and forth between IZ*ONE and HKB48 promotions, and the schedules were decided so that the members would be able to celebrate HKB48's anniversary by participating in select stages."

Sadly, this illustrates the sense of entitlement that exists among certain fans, who possess this erroneous notion that the idols "belong" to them. In the case of IZ*ONE, a group formed exclusively by fan voting, this entitled sense of ownership is now rearing its ugly head with totally illogical demands.

Kpop fans can be so annoying and arrogant.