Security yells, 'Are you really fans?' at IZ*ONE fans causing dangerous chaos in the airport 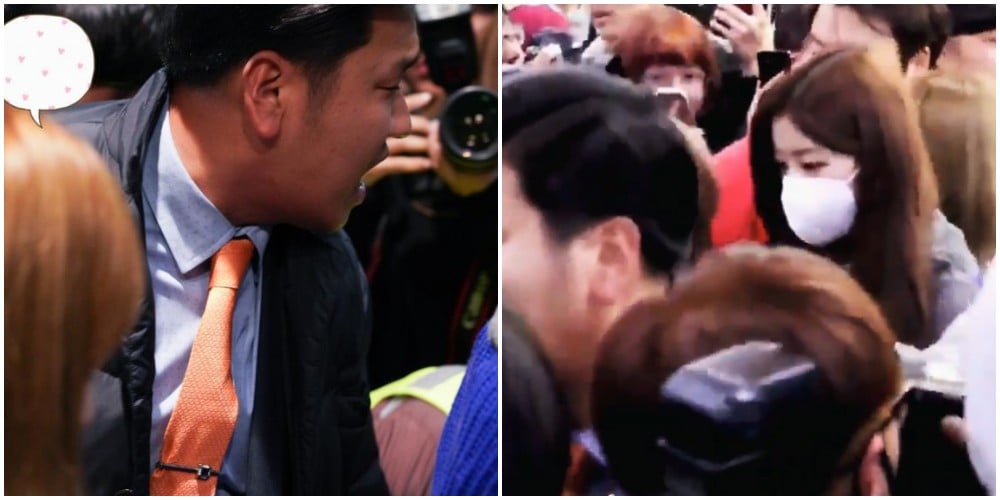 A security guard lost his cool at uncontrollable fans.Ā
On November 26, IZ*ONE arrived at Gimpo International AirportĀafter completing their schedule in Japan. A huge crowd of fans with cameras waited for the idol stars at the airport and things got out of control when the girls finally made an appearance.Ā
The airport quickly turned chaotic as fans pushed and shoved to catch a closer glimpse of IZ*ONE. One security guard, deeply frustrated by the crazy mess, yelled out, "Are we the only ones protecting them? Aren't they your artists? Are you really fans acting like this? You guys are too much!"
You can check out videos of the airport mess below.Ā

izone came back to korea and fans were causing chaos. security god tried really hard to not toss some bodies up into the night sky

security-nim: are we the only ones protecting them? aren't they your artists? is this how you're suppose to act? and you call yourselves fans? pic.twitter.com/PDorhpHok1

It was about time someone called these mf out for treating idols like zoo animals!

Sick and tired of this bs, no respect for peopleŌĆÖs safety...

That's a really good question. A real fan would never cause them discomfort or even put them in danger. Of course they would still be excited and take pictures or film them but they would keep a safety distance and respect them as a human being.

BTS V becomes a trending topic worldwide as he breaks Psy's massive record becoming the Asian Soloist with Most #1s on the 'iTunes Top Songs Chart'
15 hours ago   46   8,239