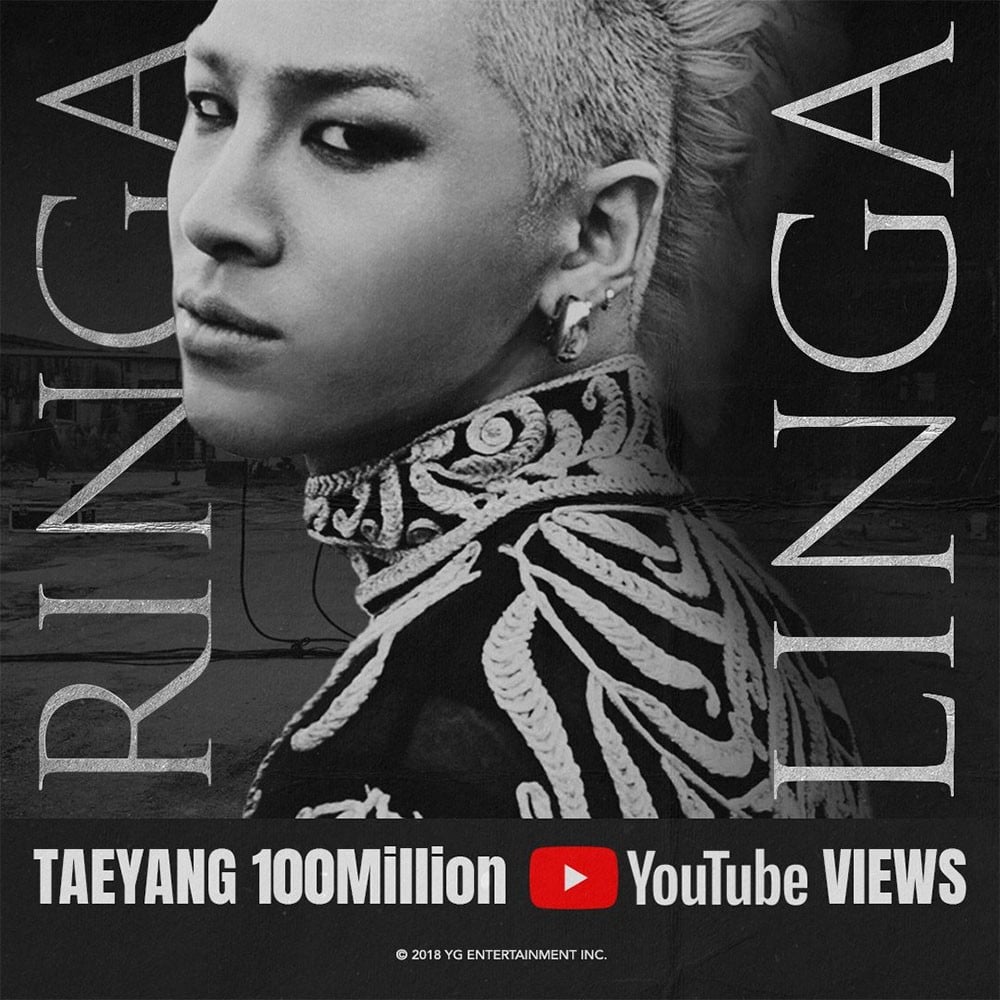 The number was hit sometime around midnight KST on September 29, with the achievement celebrated by YG Entertainment on their official company blog.

The "Ringa Linga" music video's achievement officially makes Big Bang the Korean group with the most songs over the 100 million music video view mark. Overall, the group has fifteen songs that have made it to this milestone, including "Fantastic Baby," "Bang Bang Bang," "Bad Boy," "Blue," and "Bae Bae."