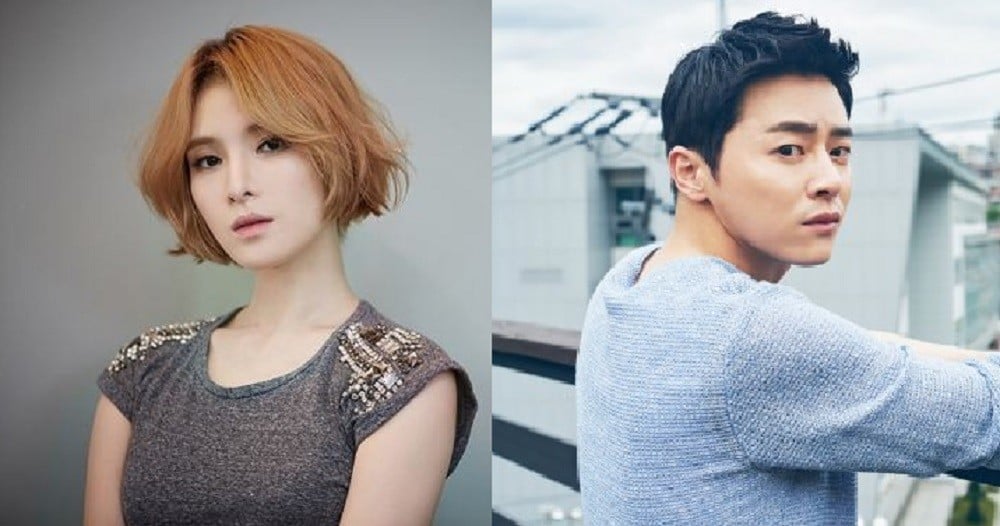 Gummy and Jo Jung Suk have decided to hold a private wedding ceremony.
On June 22, respective agencies of Gummy and Jo Jung Suk announced that the two are officially in preparation for a private wedding. The ceremony would be held only among family guests, most likely to take place during the fall. However, both parties stated that "no specific dates or locations have been finalized as of yet."
Earlier this year in January, Jo Jung Suk had rejected breakup rumors and, at the time, shared that he did not have any plans of marriage. After dating for a little over three years now, the two have finally decided to tie the knot!
Congratulations!
Share this article
Facebook
Twitter
0 33,027 Share 100% Upvoted

Lady Gaga talks about the positive experience she had working with BLACKPINK on their new song 'Sour Candy'
10 hours ago   66   19,592

Lady Gaga talks about the positive experience she had working with BLACKPINK on their new song 'Sour Candy'
10 hours ago   66   19,592