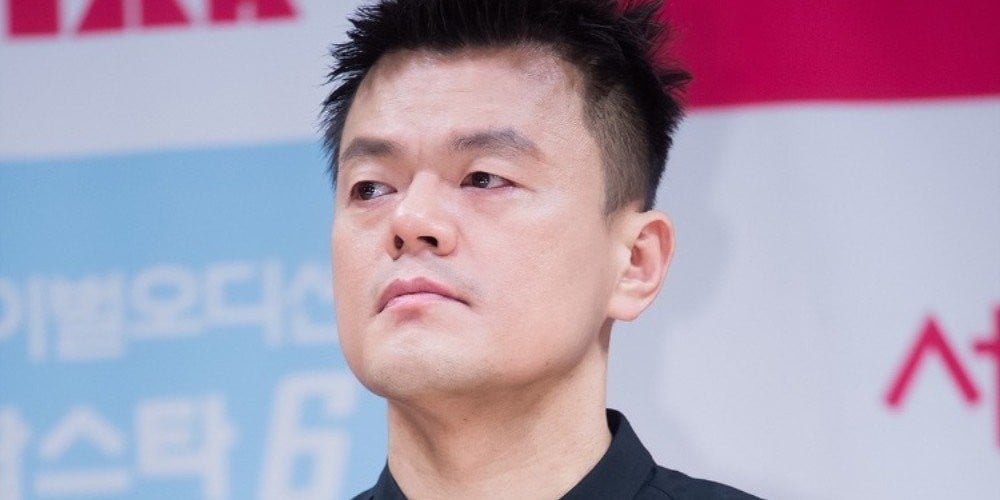 Dispatch has commented on the media outlet's report about J.Y. Park's alleged connection to the 'Salvation Sect' cult, which he and the sect have officially denied.

Though Dispatch's claims have been officially stated as false, the rumors have already done damage to JYP Entertainment stocks. Following controversy surrounding their report, Dispatch stated, "Dispatch has no right to judge the contents of J.Y. Park's sermon. We can't even find out if what he said is right. That's something only a person of his religion can do," and "The reason Dispatch took on this investigation is for one reason only. It was to figure out the authenticity of whether it's true he had no connection to the 'Salvation Sect' and his previous claims that he didn't follow any religion."
Dispatch further asserted it was commonly known in the celebrity sphere around J.Y. Park that he often invited people to Bible studies on the weekends. A third party also reportedly told Dispatch that his parents, who were part of the 'Salvation Sect', advised him to attend a Bible study held by the JYPE head. However, these assertions have not been confirmed to be true.

Finally, Dispatch apologized that this controversy overlapped with reports on Samsung's accounting fraud controversy and denied any conspiracy about working with Samsung to cover up the corporation's alleged legal issues.
Share this article
Facebook
Twitter
0 65,687 Share 100% Upvoted