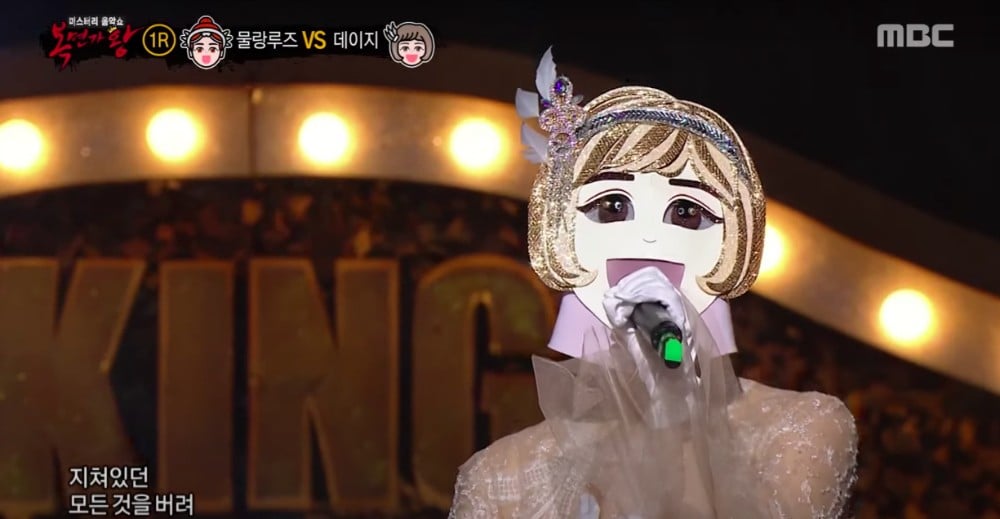 On the April 1 broadcast of MBC's 'Mask King', this Uni.T member took to the stage to sing her heart out.

The contestant first appeared on the variety program as 'Daisy' and sang a duet with 'Moulin Rouge'. The two singers collaborated to cover Jewelry's "Super Star" with their strong, stable voices which completely took the panel off-guard.

However, 'Daisy' was not able to get past her competition and lost in the first round. As the results go, it was time for the singer to reveal her identity. When she took the mask off, many were surprised to see Uni.T's and former SPICA member Yang Ji Won standing in front of everyone.

Did you know who it was right away? Or were you shocked just as everyone else was?

Sooyoung garners attention with her witty hat following the announcement of Girls' Generation's comeback
4 hours ago   9   24,939

Hyoyeon says she didn't tell anyone about Girls' Generation's comeback, even her parents
1 hour ago   2   1,954

ENHYPEN embroiled in controversy when their bodyguards are reportedly seen assaulting female fans
20 hours ago   98   24,703