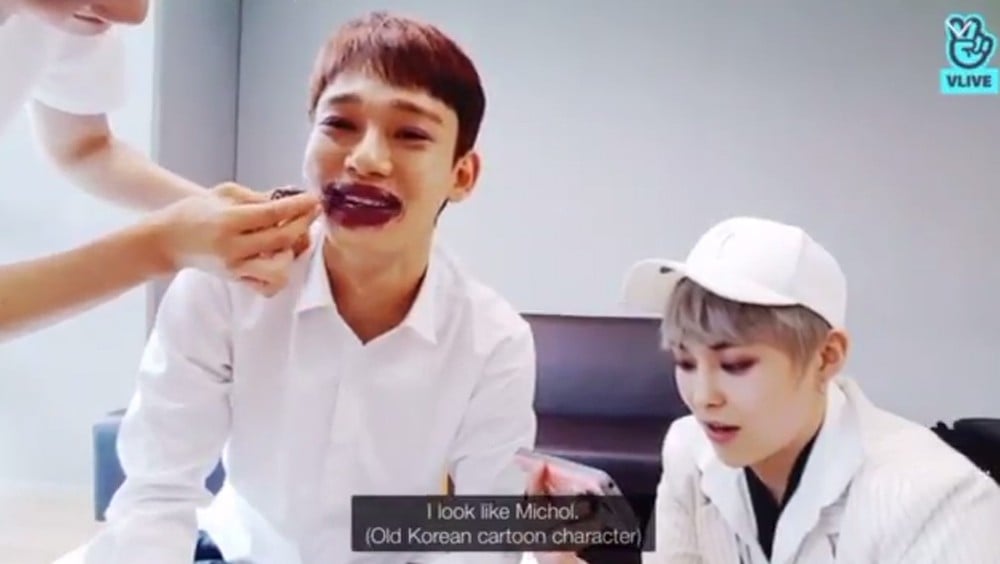 EXO's Chen is currently under fire for comments he made on a recent 'V-Live'.

Yesterday, EXO-CBX streamed live via Naver's 'V-Live' for their recent comeback. However, while playing games and fooling around, Chen made some comments that caught the attention of viewers, especially international fans.

In the video clip below, at approximately at 24:50 mark, he is seen saying, "I look like Michol," as dark lipstick was being applied to his lips, making it appear to be bigger than it actually is. Michol is a fictional cartoon character from 'Dooly the Little Dinosaur', and although the character is South Korean, he is often criticized as blackface caricature.

Another thing people have noticed was that at the 24:48 mark, Chen makes a comment that reads, "My lips look too plump" under the English subtitle. However, what the viewers who understand Korean heard was, "Isn't this Kunta Kinte?" and once the Korean subtitle was applied, the same statement of "Isn't this Kunta Kinte? (?? ???? ?????)" could be read. 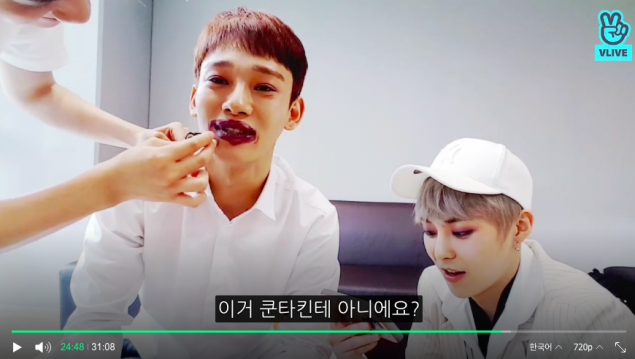 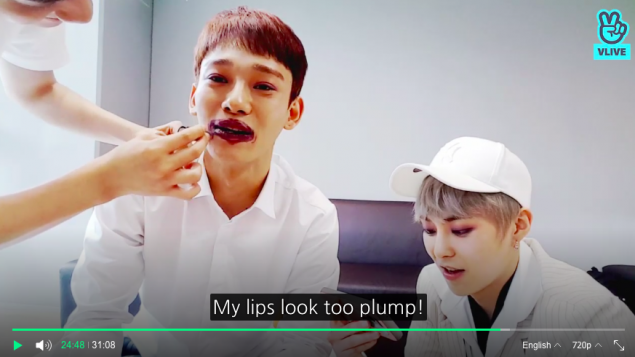 Kunta Kinte is a character from the novel 'Roots: The Saga of an American Family' and according to the author, is based on one of his ancestors who was enslaved and taken to America, a mixture of both fiction and non-fiction.

Since making this controversial statement on air, Chen has been receiving mixed reactions; while some are criticizing the statements made by the idol, some are defending the situation. Below are some of the comments that can be found online. 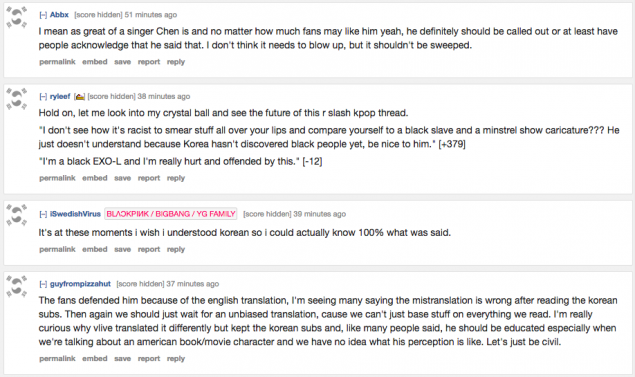 i didn't know comparing your OWN fucking lips to a CARTOON CHARACTER makes you racist. can you lil fucks please stop being ridiculous. & pls for the love of god if exo isn't your fave then keep them out of your fucking mouths.

What are your thoughts on this issue?

There are many controversial statements on air regarding Chen's lip in a situation when a big movement against racism is going on across the globe. But what was actual perception of Chen's cartoon character with his lips like famous cartoon Michol who represent a black slave-it's really controversial issue.I think there is something wrong with the translation from Korean to English subtitle in the v live video clip.Due to misinterpretation and lack of reliable citation/references his video get viral as negative issue.For proper citation system this webpage https://kingcitation.com/apsa/ helps to get full citation without mistakes and make your article more reliable and valued.Thanks for sharing this post.

ASTRO's Moonbin & Sanha reflect on their memories on the road during tours, letting go of worries, & more
21 minutes ago   1   228

AKP BUZZ
How Korean netizens are reacting to scenes of US Border Patrol agents chasing and corralling Haitian migrants
7 hours ago   77   6,022

BTS's Jungkook resigns from the in-house director position at his brother's company Six6uys after controversy over backdoor advertisement
11 hours ago   119   95,435

BREAKING
Min Hyo Rin's agency confirms that she and Taeyang are expecting first child
19 hours ago   95   79,926