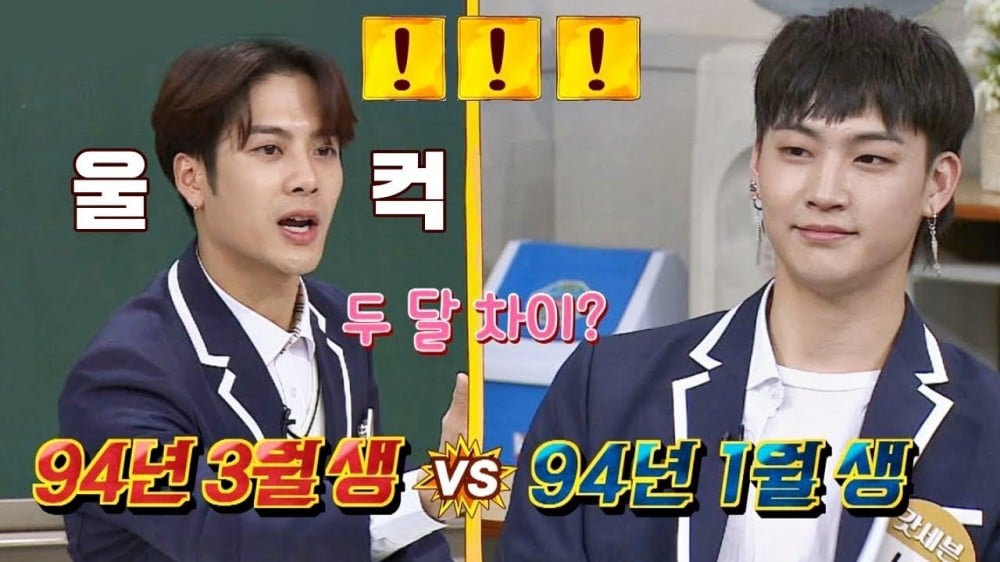 GOT7's Jackson revealed on the March 10 broadcast of 'Knowing Brothers' that he doesn't understand the age-culture in Korea.

During the Q&A session of the program, Jackson brought up that he doesn't understand the concept of "early birth"/age system in Korea. In Korea, you're considered an "early birth" if you were born in either January or February - meaning that you're considered/treated to be older than an individual who was born in the same year but on a month later than February as the school year in Korea starts at the beginning of March.

Jackson was asked if there was a specific reason or person as to why he brought it up. He answered that he and JB were born in the same year (1994) but two months apart, with JB being born in January and Jackson in March.

Jackson said, "At first I didn't know and everyone called him hyung so I did that as well. Then about a year and a half later, I asked him how old he is. I really didn't understand because if he was a year old than me, then I would have obviously referred to him as hyung but isn't a month and a half to two months a bit too much?" He added, "I'm cool with it now but I just don't understand it."

Fans aren't too thrilled by rumors that Seventeen's comeback album might be an English album
4 hours ago   19   5,772

'The Late Late Show With James Corden' deletes videos of the host calling BTS's appearance at the UN 'unusual' in response to backlash from ARMYs
2 days ago   144   90,463