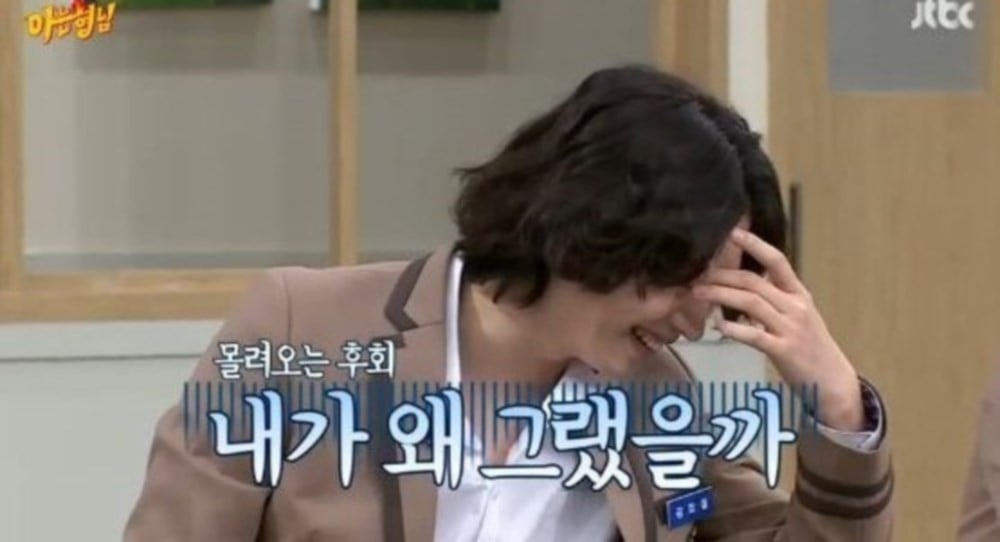 On the February 24th installment of 'Knowing Brothers', Jung Hye Sung shared that she no longer has a curfew, saying, "One time, I came back home by 10 PM, and I left in the AM. I returned before my parents woke up." Heechul then wondered aloud, "Was it that time then?"

The actress responded, "I saw Heechul party. He really took it to the end. I mean, wow. He was throwing tissues everywhere and eating stew with his hands." Heechul feebly explained, "The stew came out, but they didn't give me utensils."

She continued, "Heechul called me 'Mint'," adding she was wearing mint-colored socks at the time. Seo Jang Hoon commented, "I guess I can't go anywhere with Heechul."

Are you surprised by the story about Heechul?

EXO's D.O. trends worldwide as he holds a surprise live stream after being discharged from the military
3 hours ago   13   3,648

‘King of SNS’ Jungkook returns to Twitter after a long time and trends worldwide while setting new milestones with his blonde hair selfies
4 hours ago   19   4,809