Suzy's 'Pretend' tops music charts and gets an all-kill

Suzy's new song "Pretend" is no pretender as it is currently enjoying an all-kill!

On January 17, Suzy released her new song at midnight, a pre-release song to her formal solo debut.  As soon as it was released, Suzy's song shot up on Melon's real-time music chart. The song is currently #1 on all Korean real-time music charts such as MelOn, Mnet, Genie, and more. 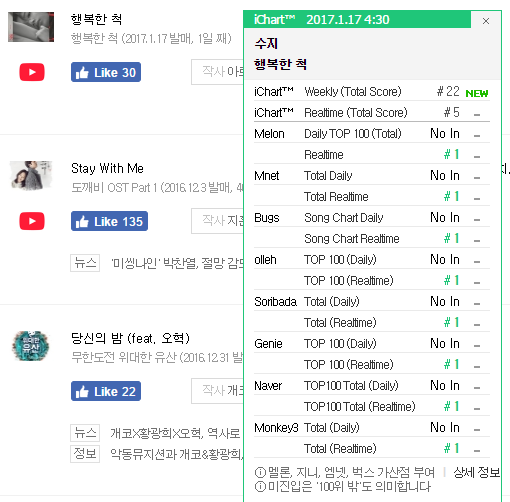 Suzy's "Pretend" illustrates the loneliness and sadness of people who appear to be living happy lives but are mourning inside, perfectly harmonizing Suzy's mysterious voice.

What are your thoughts on her new song?

Baekhyun leaves a message to fans preparing them for his discharge
2 hours ago   5   3,196

Jungkook breaks his own record for the Most Viewed Real-time Individual Live on WeVerse with 16.3M views
3 hours ago   10   3,307