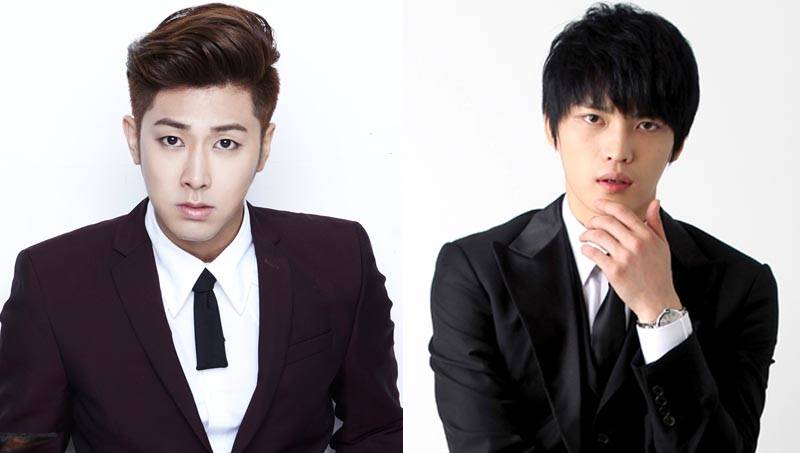 During the press conference for upcoming MBC historical drama 'The Night Watchman' held on July 29, TVXQ's Yunho talked about his character, Moo Seuk, who is an officer of the Inspection Department.

Yunho said, "He can be sincere and stiff, but there is a cute quality about him because of his sincerity.  While talking with the director, I came to think that it would be nice to appeal with that charm.  I think that might be what differentiates him from Jung Il Woo's character, Lee Rin.  It's my first time in a historical drama, so I am learning a lot by watching the senior actors."

Still, Yunho said, "Regardless, it's good to see Jaejoong working hard as an actor.  If ['Triangle'] has a positive effect on 'The Night Watchman,' it would be something to be even more grateful about. I think of it like that."

Looks like fans will be able to see Yunho on screen right after Jaejoong wraps up his drama for some continuous TVXQ-JYJ action.  'The Night Watchman' premieres on August 4!

Red Velvet's Wendy reportedly still recovering in hospital after a month since accident
4 hours ago   23   20,535

Gong Hyo Jin explains herself after backlash to her response to fan about past dramas on social media
4 hours ago   6   21,611

Momoland's label to take legal action on members' behalf due to social media harassment
41 minutes ago   0   1,155

Red Velvet's Wendy reportedly still recovering in hospital after a month since accident
4 hours ago   23   20,535

EXO fans worried about Sehun after a picture of him looking stressed surfaces
16 hours ago   67   98,957