As of July 7th, Girls' Generation have become the first celebrities to obtain 1 million 'Plus Friends' on 'Kakao Talk'.

'Kakao Talk' is a smartphone-messaging application that is available for many countries around the globe, and very widely used in Korea. In addition, it can be used to receive updates from your favorite Korean celebrities, new sources, and TV Shows, through the 'Kakao Talk's 'Plus Friends' feature.

Girls' Generation's 'Plus Friends' channel presents colorful and appealing content, as it posts news and videos of their public performances, pictures, as well as video messages personally left by the members themselves. The 'Plus Friends' feature allows fans to learn more about the girl group, thus leading to the channel's great popularity among 'Kakao' users.

In other news, Girls' Generation continues to gather interest with their Japanese single, 'Paparazzi'.

Fans marvel over the perfect shadows of BTS's V and Suzy and hope they can collaborate in the future in a drama
2 hours ago   16   3,362

'LEAN ON US JUNGKOOK' trends worldwide as BTS fans comfort Jungkook after he said he has no one to comfort him
3 hours ago   18   14,298

Some popular Korean songs on YouTube are being identified as Chinese and Korean artists are losing money
5 hours ago   24   16,538 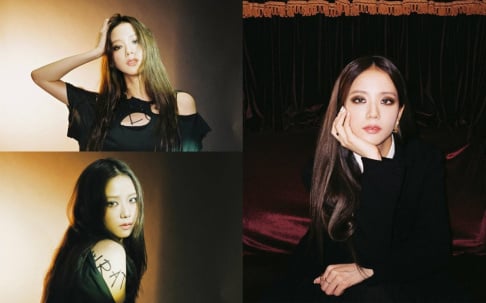 "This is so accurate," Netizens impressed with the realistic depiction of idol fan culture in the drama 'Imitation'
3 minutes ago   0   275