2PM's Japanese single "Take Off" has reached the #1 spot on USEN's J-POP chart.  This is the first time a Korean group has reached the #1 spot on this particular chart. A related source said, "USEN provides music for stores, coffee shops, and more in Japan so to have a high ranking on their charts is a really good thing. " The song also reached the #1 spot on a Japanese music lyric site "Uta Net Mobile", and starting on April 17th, the song will be the ending song for certain animations and release as a ringtone. JYP Entertainment said, "After their successful showcase with 25,000 fans last December, 2PM continued this streak in February with 'Mejamashi TV Super Live in Okinawa' and in March with '12th Annual Tokyo Girls Collection'. The expectations for their debut in Japan has gone up and we have achieved success with this type of support. Thank you to all of those that have showed so much love and support for 2PM." 2PM is currently working on their Korean album. Source: TV Daily
0 13,048 Share Be the first to vote 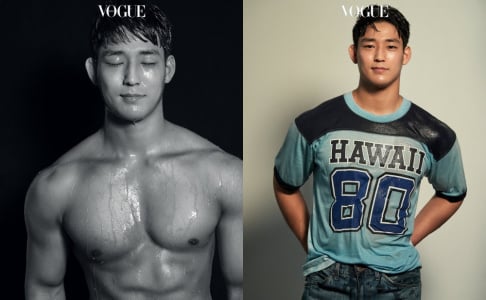 BTSâ€™ Jungkook stole all the attention at Grammy's red carpet with his stunning visuals and trended across the world
20 hours ago   58   44,027