Mnet's special three part "Superstar K2 - Special talk concert with the 11" episode revealed a letter from Huh Gak's mother at the end, moving the contestants and viewers to tears. Huh Gak became separated from his mother at three years old.  In May of 2004, he appeared on a show with his twin brother in search of their mother and found that she was living with a new family.  The show was set up in that if she sends a signal denying his call request, the caller must hang up immediately.  "I had to hang up when my mother sent the signal." Fortunately, his mother recently wrote him a letter, stating, "I've been watching every episode you were on.  I'm not able to support you by your side, but know that your mother is watching you." As MC Kim Sung Ju read the letter aloud to him, Huh Gak attempted to maintain calm but burst into tears, stating, "I'll succeed and devote myself to my parents." John Park also received a live phone call from his father in Chicago, while Andrew Nelson received a message of support from his own father, stating, "I dream of a sold out concert for my son.  I hope that day comes soon." Park Boram, who lost her father earlier this year, teared up after reading a letter from her mother and stated, "I'm so sorry for not being in contact more often.  I will treat her well when I go back home." Source + Photo: TV Daily
Share this article
Facebook
Twitter
0 9,624 Share Be the first to vote

BLACKPINK's Jisoo to represent both 'Dior Fashion' and 'Dior Beauty' as a global ambassador
2 hours ago   7   5,169

Netizens look back on Song Ji Hyo's beauty from fifteen years ago in light of the news that 'Princess Hours' will be remade
4 hours ago   8   33,215

Former AOA member ChoA says she regrets working herself so hard in her twenties
3 hours ago   3   4,924 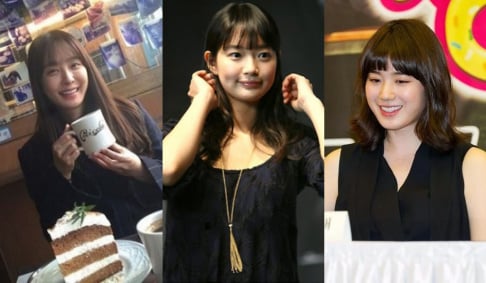 Seo In Guk releases sultry new profile photos as he prepares for his small-screen return
1 hour ago   2   1,150

BLACKPINK's Jisoo to represent both 'Dior Fashion' and 'Dior Beauty' as a global ambassador
2 hours ago   7   5,169