STAYC revealed the title of their upcoming single album in a spoiler teaser.

According to the spoiler teaser released on July 5 at midnight KST, the girls of STAYC will be back with the third single 'We Need Love' later this month. This marks their first comeback in approximately 5 months, after releasing their 2nd mini-album 'YOUNG-LUV.COM' in February of this year. 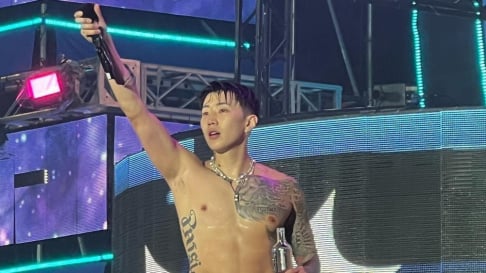 ENHYPEN smashes own record in first-day sales with 'MANIFESTO: DAY 1'

This will definitely be a bop no doubt

'This marks their first comeback in approximately 5 months'. You make it sound like they've left a huge gap between releases but actually it's not that long at all. I mean, groups from smaller agencies can have more than a year between comebacks.

Red Velvet's Yeri responds to a controversial YouTube channel which accused her of having 'Jennie Disease'
2 days ago   67   125,736